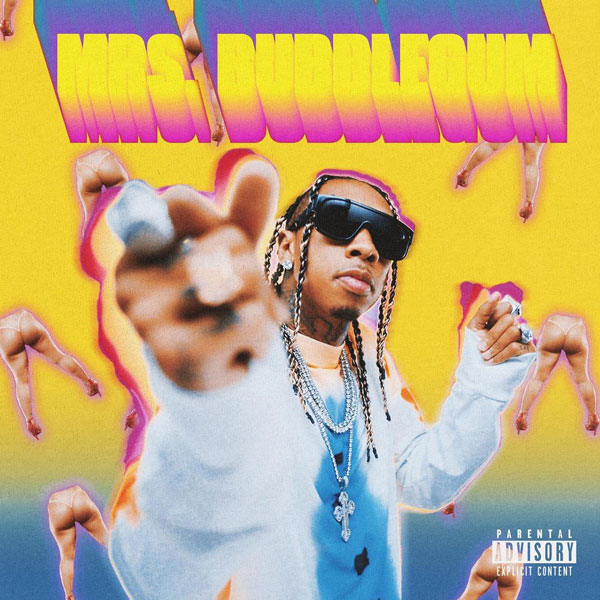 Following his Moneybagg Yo collaboration “Splash,” he released in June 2021, Tyga reloads with the new single and music video, “Mrs. Bubblegum.”

“Mrs. Bubblegum” samples D4L’s 2005 hit song “Laffy Taffy” and borrows some of the lyrics from the original song, like “nasty girl” and the closing from the group’s frontman, Fabo, “I rock, I roll. I wanna dun-dun-dun, oh, cause you so thick.”

The comical video, created in a neo-pop style, shows how Tyga can’t escape the dancing women following him everywhere he goes. From Mount Rushmore to the altar, where he is about to get married, he is surrounded by butt cheeks. The D4L member Fabo also appeared in Tyga’s video and took an episodic role.