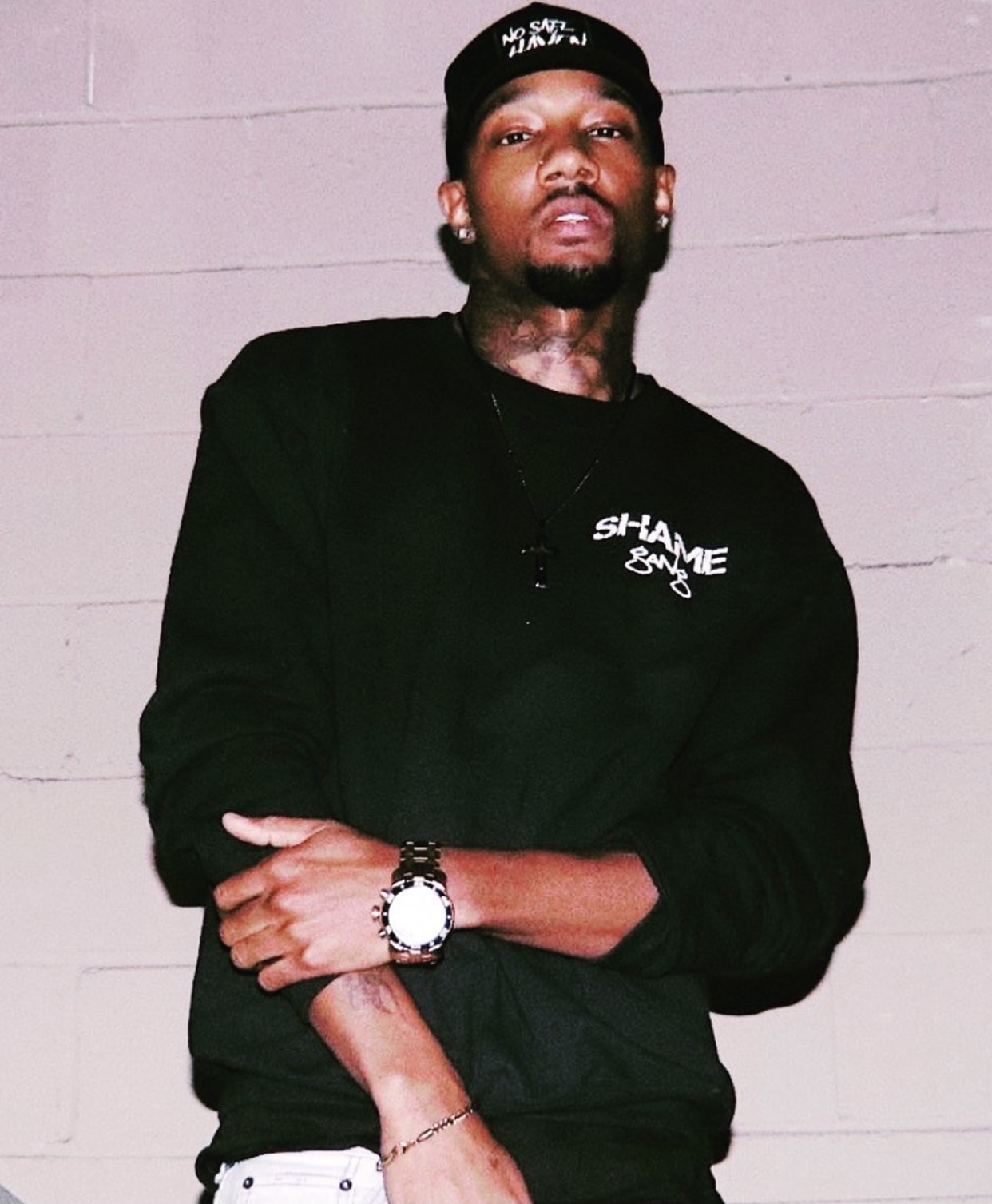 Shame Gang started creating music back in 2014 after a tragic accident happened, which made him unable to walk for a year. However, it wasn’t the only challenge life has brought to him. The death of his brother set him back mentally. That was hard to overcome. During those difficult times, Shame Gang found his therapy in music- he put all his thoughts into it.

His family has always been his biggest motivation. “I promised my brother that I won’t stop creating music till the whole world knows who I was through my songs,” Gang says.

Throughout his career, Shame Gang released three albums. But he’s most happy with the third release because he finally found his sound. “It is unique as it is a new age to rap, but still nostalgic to the 90-s era hip-hop,” Gang says.

“No Safe Haven” album is a testament to his life. “It’s my story of getting back closer to my spirituality,” Gang says. He especially highlights the song ‘What’s Good’ which he wrote himself and made in collaboration with Kourvioisier. “It reminds me how to have fun, because I kind of lost how to,” Gang says.

Shame Gang had a chance to work with Torae, Ché Noir, and ANoyd, producers DJ Flash, Epik the Dawn, Druggs Beats. If he could collaborate with anyone, it would be Kendrick Lamar or Jay Z. “I feel like they are so intelligent in the way they rhyme in pockets and how they structure songs,” Gang says.

Shame Gang certainly has ambitious plans for his career. Soon he is going to release his collaboration with RJ Payne and a music video for the ‘HFM’ song.

Listen to Shame Gang below