Wisconsin rap artist “Rated-R Playboy” takes the music world by storm and his debut album hasn’t even dropped yet. The melodic and skillfully lyrical artist, brings a unique and intriguing sound to hip hop & rap. Inspired by personal motivation with the urge to elevate his craft Rated-R has spent years creating his exceptional sound and an effortless flow, giving listeners  bold tracks. His flow is poetic with a street esthetic that blends perfectly, producing a “street serenade“, attracting all music lovers 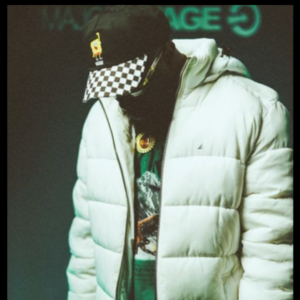 With streams over 300k on singles like “Bossy“, Hold Me Down“, “Peach Emoji Freestyle“, “Even The Odds” and multiple plaques from streaming service’s he’s already accomplished so much as an independent artist. His latest project is a fire feature on Portland hiphop artist Rahn Harper’s “2 Dranks”, a smooth and tantalizing track giving chill and carefree vibes. Rated-R’s collaboration list doesn’t disappoint, as he’s worked with various producers  like Mike Hector who’s produced for Kendrick Lamar & Doja Cat to Powers Pleasant who produced singles for Joey Bada$$.

2022 already looks promising for the “Bossy” artist, as his highly anticipated debut album comes closer to its release. The nonchalant artist has created an aura about him that is undeniable. Without any manager or real promotion he acquired 18.5K followers and counting on Spotify alone. Rated-R Playboy has an alluring essence pouring his confidence and creativity on any track he blesses, raising the bar in music.

Rated-R Playboy been up next!! Follow him on IG @ratedrplayboy now!!