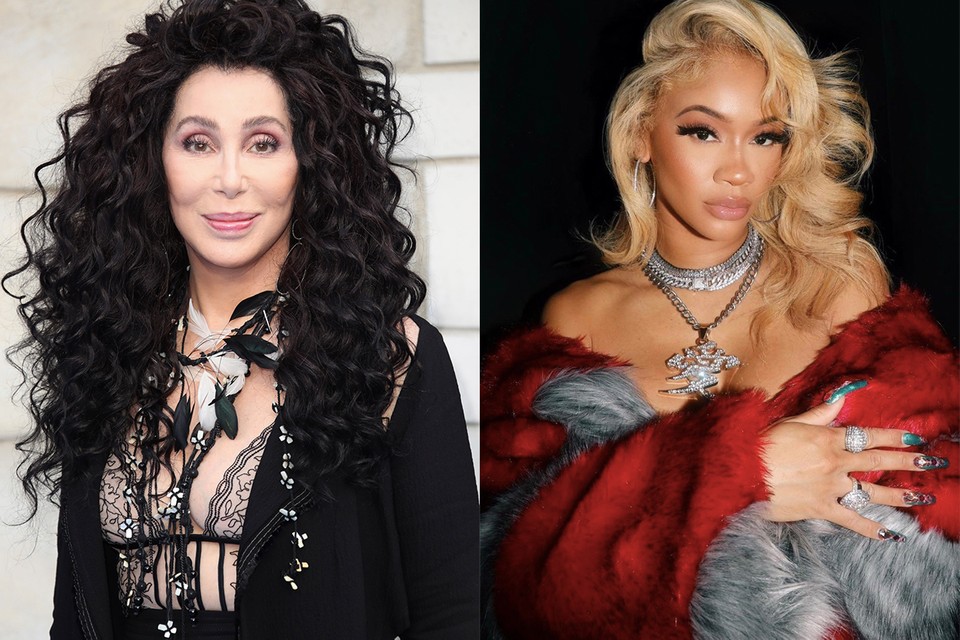 The Goddess of Pop and Icy Girl may be cooking up something special in the studio, as indications circulate. On her recent appearance with Just For Variety Podcast, Cher shared that she and rapper Saweetie have been socializing. “She’s a sweet girl,” said Cher. “I don’t know how she is with everybody else, but she and I had the best time together. And the thing that  we did is going to be big.”

With Saweetie’s upcoming project Pretty Bitch Music approaching, Cher’s statement has fans speculating that the two may have spent some time in the studio. Saweetie also had nothing but positive remarks to share about the icon as well, expressing that Cher shared many gems with her. “I feel like our journeys are very much so alike. I really want everything to count,” she quotes.

We were made aware of the two in association with one another when Cher tweeted about the Warner Records artist earlier this month. “Just Got Home From LONG ASS DAY AT  WORK,” the Goddess of Pop wrote. “It Was So Cool, Girls Are Going 2 LOSE IT! Lotsa ppl  May Like IT. I WAS DANCING AROUND 2 RIVER DEEP MOUNTAIN  HIGH. SAWEETIE GAVE ME THE COOLEST GLOVES, I PUT THEM ON & DANCED  AROUND THE RV. WE TOOK PICS OF OUR NAILS, HERS WERE WAY COOLER,” she types.

The Icy Gang leader has quickly climbed to success since releasing her debut EP, “High  Maintenance” in 2018, and second EP “Icy”, sampling Khia’s “My Neck, My Back”. Since then,  Saweetie has fled to the top of the charts recording several features with artists such as Doja Cat,  Jhené Aiko, Gwen Stefani, DaBaby, and more. While we are unsure what she has cooked up, many fans are hoping that Cher will join the collaborations list.