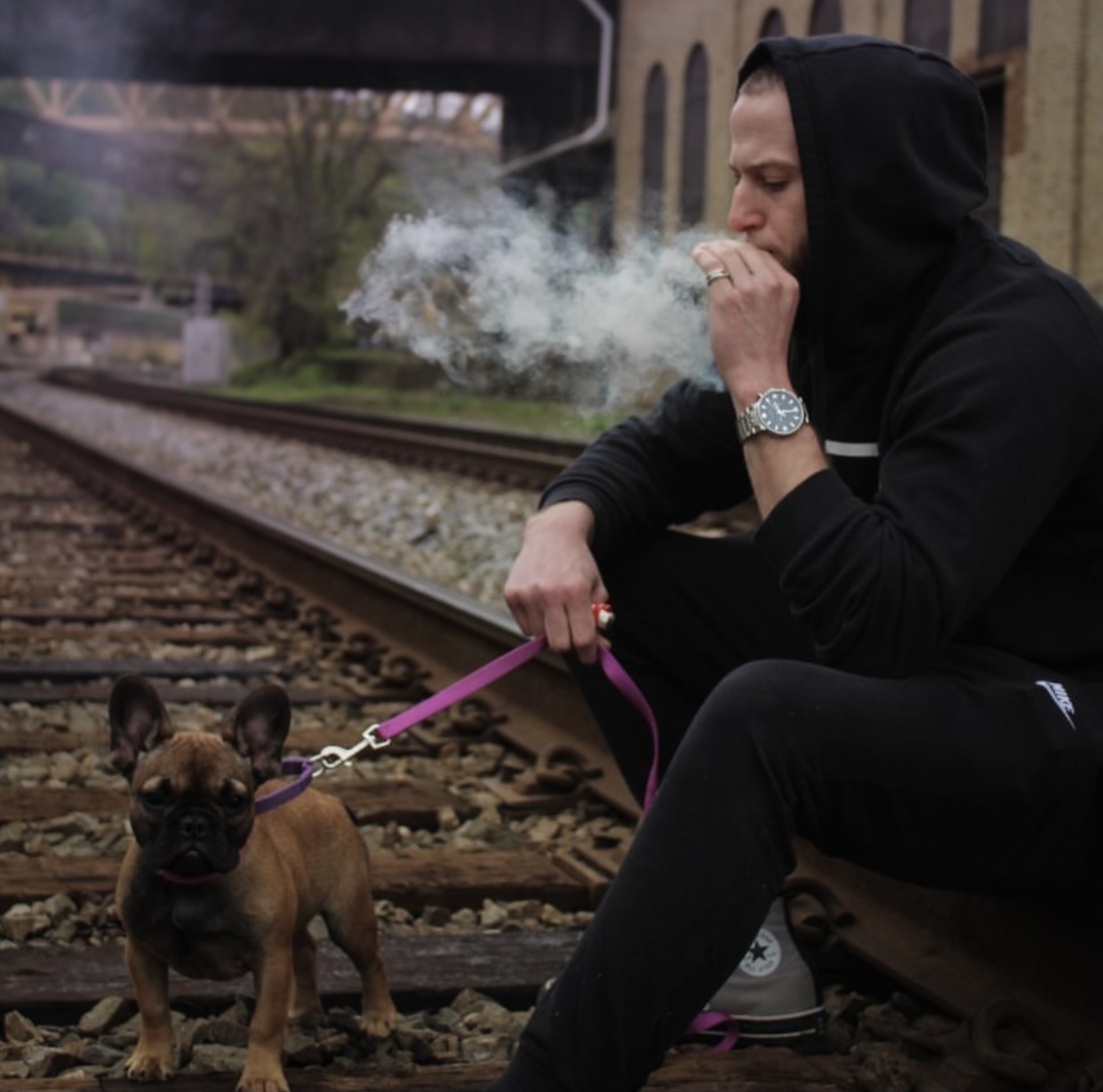 JaCue is an independent artist whose name is a combination of his first and last name. Growing up in Pittsburgh, he channels that Northeast sound while still having the opportunity to showcase his talent with his listeners. Throughout his music, he talks about his life experiences on his deployments, school, health, politics, and anything involved in my life. He recently released the lyric visual to his track “Puffin’ with a Puppy” and you can get to know him below!

I have been writing since my freshman year of High School, on and off over the years. When Corona hit, school went online and the gyms were closed. I had so much time on my hands I decided to put out my first EP “Pothead with a Puppy” on May 9th and haven’t slowed down since.

Aside from music do you have any side hobbies?

Yes, exercise. I have been working out religiously since 17 and the infantry only fueled that. I was Powerlifting very seriously while I was in the Army and when I got out I started training MMA. Fighting only lasted until corona hit then music became my full-time Sport and now I train more casually.

What is one song/project that you have released that reminds you of a happy or sad moment in your life?

My puppy projects mean a lot to me and brings a ton of joy because my Frenchie is my first doggo and she’s my lil meatball. I grew up with pets, but Lyla is the first doggo that I got myself, take care of, and everything like that.

On the other hand, Bulletproof was written during a darker time of my life. Two team leaders from my platoon committed suicide within a 6-month span and one of them was my team leader during my second tour. After I got the news of the second, I hit the bottle then wrote Bulletproof.

The rock, Kevin Hart, 50 cents, Mark Walhberg, and Joe Rogan. They all do an insane amount of work and live their life based on what they love to do and are filthy rich doing so. I’m a full-time student with two jobs, dedicated to the gym, my own business, and my music career. I strive to work my ass off just like all these men.

What are you currently working on?

I’m working on a “Years review of JaCue” video that will drop on May 9th with the new single with Los. May 9th is the anniversary of Pothead with a Puppy and when I began my career. I plan to review every drop and talk about the highs and lows of each.

Any future projects or collaborations you can tease?

I’m taking the summer off from releasing after May 9th to grind the craft of producing and write as much as possible. When I come back, I’m coming back harder than ever.

I would’ve told myself that music is possible and a career in it is feasible. Music has always been a hobby and I never thought pursuing it was an option. If I would’ve started at 18 I would be soooo much further than I am Right now.