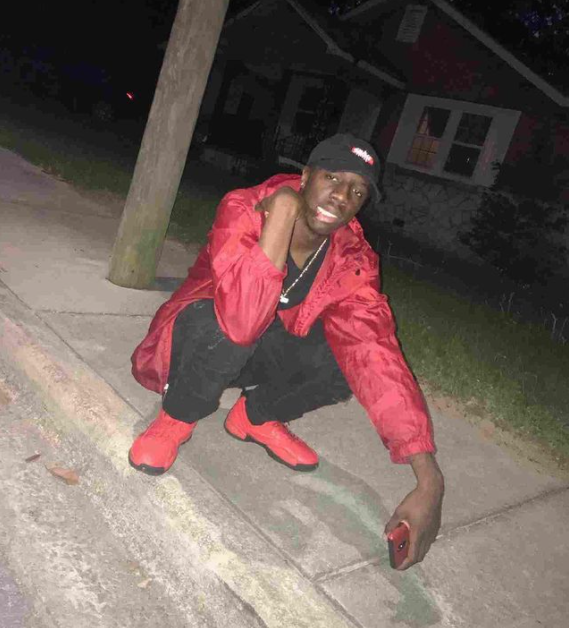 Not afraid to speak and say what needs to be said, Jay Huncho is the next upcoming artist to come out of Savannah, GA. While Huncho is currently in the military stationed in Oklahoma, he is also currently in the state of building a stronger fan base and just grinding from the top he ultimately wants to become the greatest of all time, as well as wanting to be in the same conversation as those legendary artists who’ve come before him. He describes his image as a very laid-back and chill individual, in other words, he is somewhat of a popular loner. Much of his inspirations came from his life and what he has been through such as his current trials and tribulations in facing the moment, that all his music comes from the heart and how he feels, typically manifesting things through his music. Jay Huncho would describe himself as an artist that can do almost anything, however, he states that his sound has a very melodic and chill vibe to it. His dream collaborations are Drake, Tory Lanez, Jay Z, Chris Brown, and K Camp. In addition, He states that his career goals for 2021-2022 are, “to just stay motivated and keep grinding keep pushing and working towards getting my name out there and obtain more knowledge about the music industry and learn all I can to better myself as an individual and Artist.” He wishes to one day win a Grammy and have plaques all over his house, his reason being for this is that he wishes to, “to show my kids and those under me that your dreams can come true if you invest in them.” Huncho’s biggest motivation is his daughter in four weeks his wife will be bringing their first child into this world and he is dedicated to giving her the world and even more, “She is my only motivation.”

Jay Huncho has been making music for about three years, he further states, “…moment I decided to pursue music and chase my dreams I was in a bad place in my life at the time and I just started writing because I’ve always had a passion for it and over time the more I kept writing music I started to feel a change because I was investing those feelings into something else and after a while, I took a chance and found a studio and never looked back since then. Music helps me create and manifest my own reality as soon as I step into the booth and put those headphones on I feel I’m in another world. I just fell in love with it.” The biggest highlight for Huncho would be signing with SackRightMusic as well as dropping his long-awaited project “Million Dollar Dreams 2” which put things over for him and opened more doors allowing him to have multiple conversations with Yung Blue in the summer of 2020. In regards to Huncho’s road to where is at this point of his career, he states, “Anytime your investing in yourself and chasing a dream the road is never going to be easy there are going to be several trials and tribulations your going to face I’ve faced my family telling me that I can’t do this, Friends telling me to hang it up, it’s never going to work. That I should do 20 years in the military because that’s what I’m currently doing but at the end of the day I have faith in God and myself and I refuse to let anything stop me from achieving my goals.”

If Jay Huncho had a piece of advice before entering into the music industry he states that, “It cost to be the boss.” Further stating that no one is going to hand you anything and you really have to invest time and money into yourself, and if you really want to make it in this industry you have to sacrifice. As of right now, Huncho is coaching basketball, mainly because he feels all kids need guidance and leadership from somebody they feel they can g to when things are rough. He believes that you get back the same energy you put out, so with that being said, he is just trying to put out a positive message. In the next five years, Huncho sees himself still working to become the greatest artist of all time and have no idea of stopping either. He additionally states that he and his family will be in a way better position than they are right now. When Huncho is not in the studio he is spending time with his family, coaching basketball, creating new business ideas, playing the game, to be honest, as well as meditating. The quote that Jay Huncho lives by is, “In order to be who you want to be you can’t be scared of who you really are.”

When it comes to creating his art, Jay Huncho writes all of his music and travels around going to different studios to record, also mentioning that his favorite engineer to collaborate with is Kymcci at 9twelve studios, stating that he really has helped Huncho to develop the sound that he has now. Huncho has released four albums, one EP, four singles, and just recently dropped his latest single called “Jackpot.” Out of all of his creations, Huncho states that his favorite is ‘Million Dollar Dreams 2’ because that is where he felt like he wrote some of his best music, putting everything he had into that project, not just because of how the album sounded, however, it is because of everything that was leading up to the album as well. When it comes to Huncho’s favorite part about making music, he states, “I love the process of creation you never know what you’re creating until it’s finished I’m in love with writing and then going to record I wish I could live in the booth.” Furthermore, when Jay Huncho was asked the question of why should people listen to your music, he replied, “I feel people should listen to my music because it’s something that everyone can relate to and of all ages, I have songs for when your feeling down I have them for when u wanna party and I have songs for when you wanna chill with your girl and vibe out. It’s all about being versatile and telling a story that people and relate to.”

If Jay Huncho was to give advice for someone wanting to follow in his footsteps he says, “Don’t be afraid to take risks because time is something that you can never get back you don’t wanna be down the road 10-20 years from now saying I wish I would’ve done this or done that do it now and that goes for anybody plant your seeds now and invest time and work and eventually you’ll grow and blossom into something amazing.” In addition, if he had one message to give to his fans, it would be, “To all of my fans I love you and I’m coming back harder than ever I promise I guarantee it keep your eyes open.” Jay Huncho would like to give a shout-out to Molleey and Lowlife Mal over at SackRightMusic, stating that without them pushing him constantly and taking a chance on him he wouldn’t be in this position. Please do not hesitate to give their music a listen as well. Jay Huncho conclusively states, “SackRightMusic we a family”

He is currently working on his fifth project ‘Huncho WrLd’. Although he cannot say who is going to be on it just yet, however, he promises that it will not disappoint. You can listen to his latest project now on all streaming platforms.

Jay Huncho
In this article:Artist