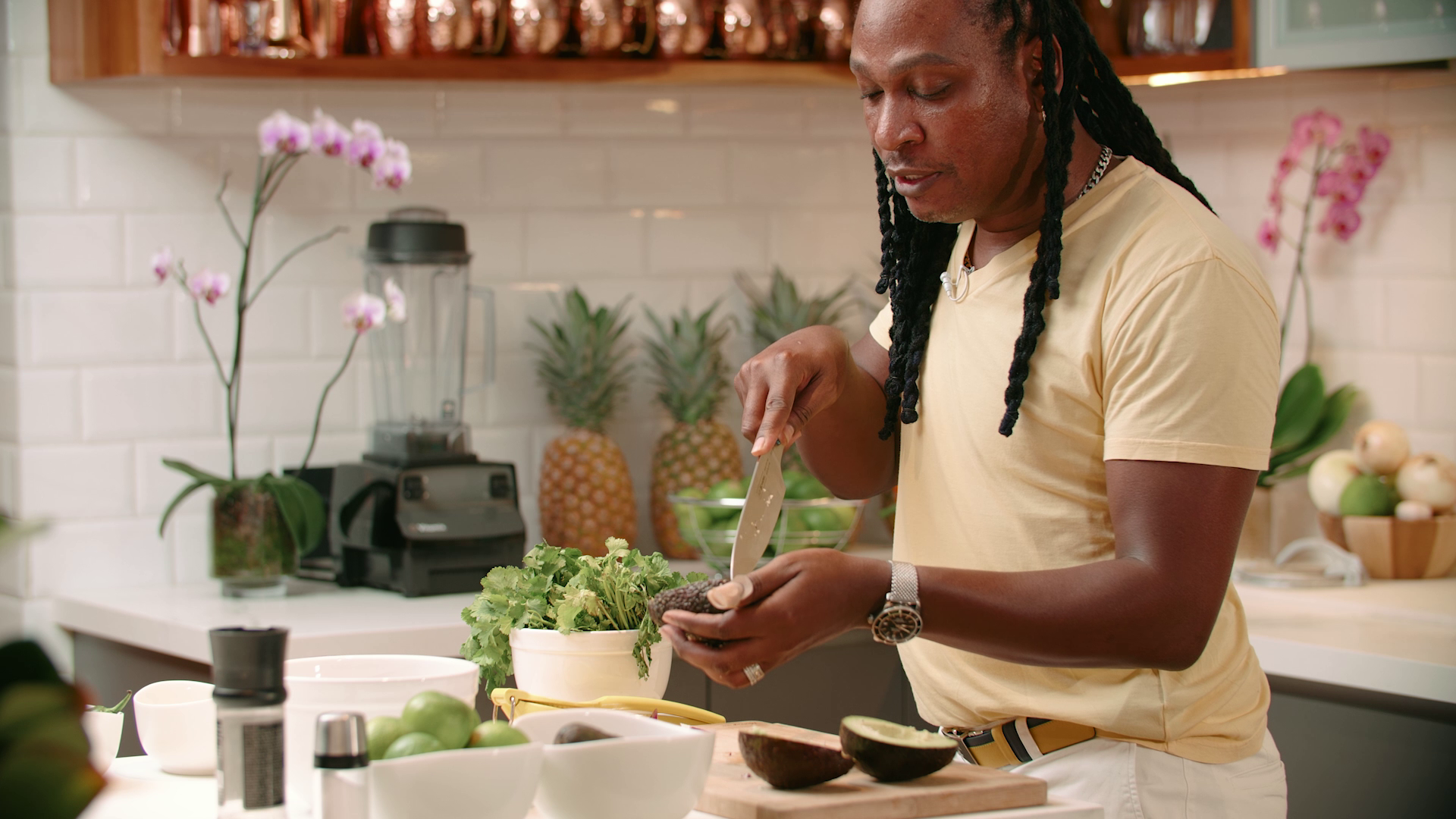 Cordell Robinson, widely known as the Cordell The Culinary Diva, started his culinary journey at the tender age of seven. Chef Cordell grew up in a household of six kids, and his mother worked two and sometimes three jobs to support her family. Not having the availability to cook every night due to her active workload, the children became creative with their meals. They would construct Peanut Butter & Jelly sandwiches, Spam, or any quick-filling meal to sustain them. Mimicking the great cooks of his family, Cordell began studying his great aunt and aunts as they prepared food for the family. Cordell was an inquisitive child and always asked questions when in the kitchen. After moving in with his father, Cordell would watch his stepmother cook, and he absorbed her culinary techniques. His family was immensely complacent with his meals for them, and this is where his vast zeal for the culinary arts began to blossom.

Chef Cordell commenced his culinary passion by preparing simple dishes. Baked chicken wings and preserved vegetables were some of the initial plates he created. As his expertise and confidence in his culinary abilities expanded thus the complexities of his meals did too. The Culinary Diva began creating traditional fine dining meals like fried rice, egg rolls, meatloaf, and spaghetti. Creating his meals based on his tasting techniques, he hastily began to master his craft.

During his college days, he would practice cooking by exchanging meals for groceries since he couldn’t afford them. He utilized his college-era to sharpen his culinary skills as he progressed through his education. During his stay in the U.S Navy Chef Cordell, was stationed in Diego Garcia, a small island in the British Indian Ocean. During the duration of Cordell’s stay in the Navy, he united with close associates. With limited resources, they would use one burner or cooking pot to create meals. Chef Cordell found the task to be vastly complex, but it sharpened his abilities to cook in any environment.

Shortly following his station, he went to Spain, where he studied their cultural food and techniques. As well, Spain provided the opportunity to taste and cook culturally unique foods. The initial dish Chef Cordell mastered was Paella which, serves as Spain’s national dish. Creating the cultural treasure was vastly difficult for Chef Cordell, and he embraced the challenge, although he had no idea what he was doing. After learning the technique, he combined the skills and knowledge he’d obtained during his career and mastered the dish with his unique twist. He even named his creative skillset “a labor of love.”

After he departed from the U.S Navy, his career elevated as he began to explore the various opportunities before him. As cooking was a vast zeal, Chef Cordell cooked for many corporations and celebrities such as Aston Martin, Bentley, Dolce & Gabbana, The President of Zanzibar, Keith Sweat, Bobby Brown, Pleasure P, Jermain Dupree, and Debra Antney. Rising in his notoriety, Chef Cordell was invited to cook for the Andaz Hotel in Guanacaste, Costa Rica as their lifestyle brand ambassador. As his brand continues to expand, Chef Cordell has cooked all over the world, which includes but is not limited to Spain, Italy, Greece, the United Kingdom, Canada, Costa Rica, Puerto Rico, Tanzania, Zanzibar, and France.

As the famed chef evolved, he explored different cuisines to expand his culinary palate at diverse restaurants. Chef Cordell takes his clientele on an epic euphoria of culinary cuisines from all over the world. Incorporating his worldly expertise and Jamaican descent, he has mastered the culinary art of building an international brand. From hosting private dinners for the public and private dinner parties for vast celebrities at his home, chef Cordell has earned his accolade as “The Culinary Diva.”