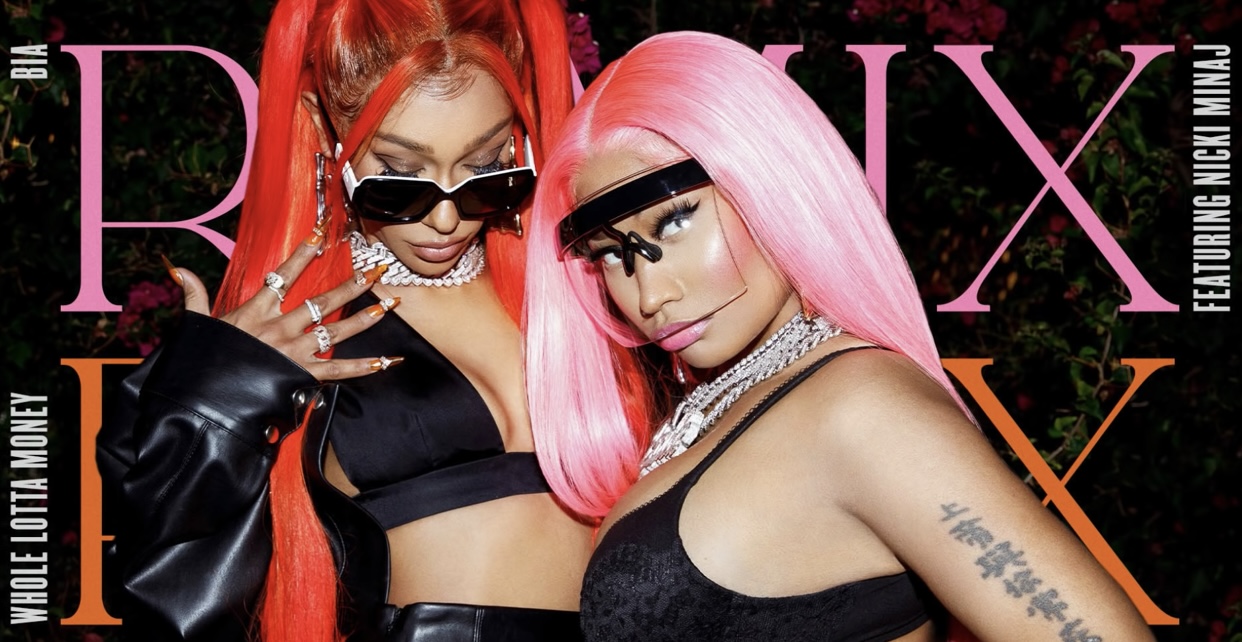 Thursday, July 8, hundreds of thousands of fans tuned in for Nicki Minaj’s Instagram Live stream, where she and BIA announced their new collaboration on BIA’s “Whole Lotta Money” remix right before releasing it.

During the Live stream, the two rappers shared that the whole project started when Minaj, after hearing the song, DMed BIA to congratulate her on her success. “I open the DMs, and I see that the girl had been DMing me for three years!” Minaj said. Later BIA responded with a tweet: “I love you @NICKIMINAJ. I know you didn’t have to, and you did, and you will always have my heart for that. Nothing will ever change that. Thank you.”

The original song appeared on BIA’s EP ‘For Certain,’ which she dropped at the end of 2020. Since then, “Whole Lotta Money” has scored more than 70 million streams, peaked at No. 12 on the Spotify Viral 50 chart and No. 18 on the Global Viral chart. Moreover, it has made waves on TikTok by going viral with over 275,000 streams, including the content posted by Cardi B, Lizzo, Kylie and Kendall Jenner, Chelsea Handler, Shay Mitchell, and Lil Nas X.

For Nicki Minaj, the new single follows the recent release of her ‘Beam Me Up Scotty‘ mixtape, which included collaboration with Drake and Lil Wayne on the single “Seeing Green.” In 2020, Nicki appeared on Doja Cat’s “Say So” remix and collaborated with 6ix9ine for “Trollz.” In 2019, Nicki participated with Megan Thee Stallion on “Hot Girl Summer.” Recently, Nicki Minaj has collaborated with Polo G on the new song “For the Love of New York.” Additionally, she is working on a new album.