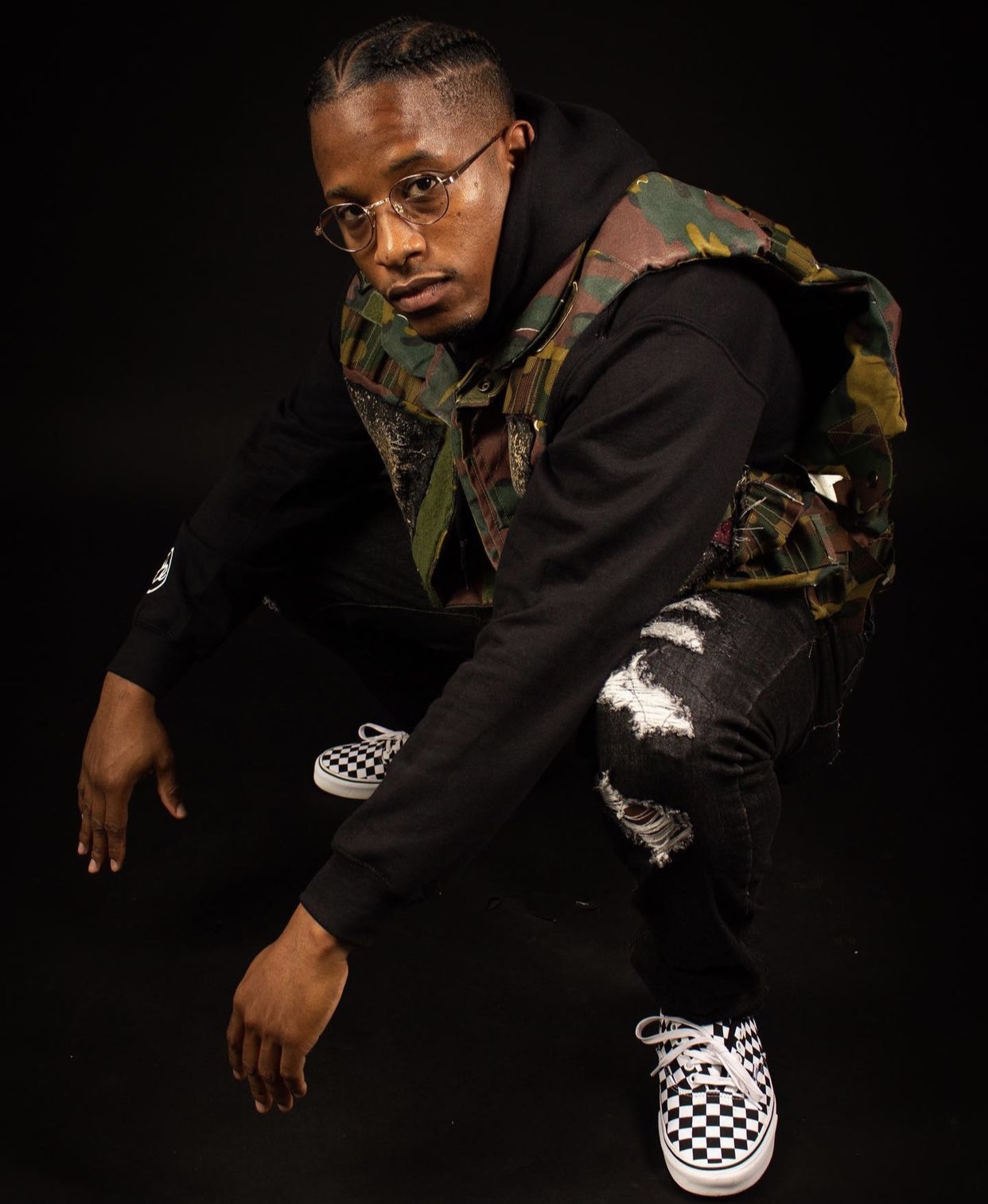 Nephew KEN is a Hip-Hop artist with a West Coast twist! This storyteller was born and raised in Long Beach, CA, and his heart has been in his music since he was five years old. Now, as a single full-time dad, he has released three singles, three EPs, and two albums. While being his own writer and recording engineer, KEN has also collaborated with producers such as HugerForceBeats, LogyBeats, Jay Millian, and DjFlippp. In the creative process, KEN always remembers to be true to himself every day. He gains inspiration from his personal experiences, West Coast or 90’s music, and specific situations that he and others have learned from. When we asked what it is he enjoys most about being a musician, he said, “I enjoy being able to inspire others and tell my story through music. I really enjoy hearing my self-growth and seeing my work get better”. KEN is an inspiring artist that has overcome many obstacles, and you can hear more about it in the interview below!

What inspired your artist name, and where did you get the name from?

My Father and Snoop Dogg inspired my artist name. My family called my father Uncle Kenny, so I started going by Nephew Kenny, and then I shortened it to Nephew KEN. Also, being from Long Beach and growing up listening to Snoops music… It influenced me as well and my name is a way of me paying homage to both of them in a positive way.

Has it been a smooth road to get to where you are now in your career? Are there any obstacles you had to overcome?

No, it has not been a smooth road. I’ve dealt with my personal life getting in the way of my music. My mother’s death, being a full-time single dad, and not getting support from the people that know me best.

Out of the three albums you have released, which one is your favorite?

The Birth of Nephew. This is because it was my first official project, and it’s the project that showcases all my music styles.

Have you connected with other artists through social media?

Yes, mostly on Instagram but I do a lot of networking on social media. I’ve been receiving a lot of US and international artists… asking to work with me or for advice and pointers.

I usually start off with writing the idea down, then I structure the song around the idea. Sometimes it’s a one day thing or it can take a few weeks. Then I spend 2 hours or a day recording the song or I’ll save the song for a later recording date. Once I get my first three songs recorded, I build a project around that. I usually like doing all of this alone in the studio or

with a few people around. I don’t like having too many people around or in the studio when I am working on music.

Have you ever experienced writer’s block?

Yes, it’s just one of those things that happens as an artist. Most of the time it’s when I am trying to write a personal story and the words don’t come out correctly to fit the picture I want to paint.

Did you write/produce the track at the moment, or did you draw inspiration from it later on?

“The Birth of Nephew” was a collection of new and old ideas that were recorded together during a four-month time period. Then on “Gnarly Dominance” I produced, wrote, and recorded each song during the moment and had completed that album in two weeks. To stay focused I had logged out of all my social media accounts and turned off my phone service. I can create music in many ways, it just depends on my drive or the goal that I am trying to execute. When I make beats… sometimes I’ll write to it, right on the spot or I’ll save it for later. I randomly come up with hooks and concepts throughout the day and I refer to those ideas when I have the right beat.

My kids, anyone making moves, seeing my peers come up, and most importantly myself. Motivation is all around me but it starts with myself and what I allow to influence me. From this, it brings out more creativity and the hidden unknown within me.

Do you have any mentors, teachers, or people you look up to? Please explain

I looked up to Nipsey Hussle. I didn’t know him personally, but I followed his career and used his thoughts and teachings as if he was my personal mentor. It’s the same thing with 2pac, Will Smith, Kobe Bryant, Mike Jordan, Rick Ross, and Master P just to name a few. I use authors and their books as my mentors as well. My mother, father, and my cousin were my lifetime mentors and they all played a big part in who I am today.

Why should people listen to your music?

People should listen to my music because it’s quality music that inspires and entertains the listener, in my own original way.