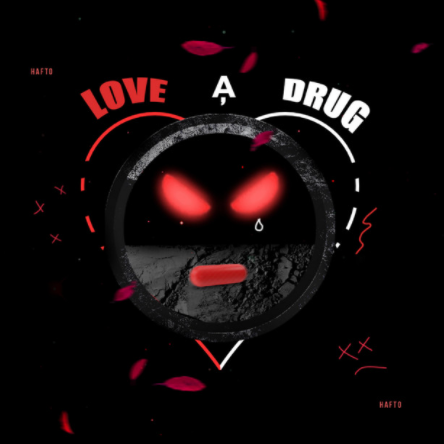 Dallas native Hafto dropped his third EP called “Love, A Drug” back in September which has six tracks and even includes a hidden story that listeners have to interpret. According to Hafto, the project is all about love, and includes many different stylistic influences from artists such as Prince, The Weeknd, Maroon 5, Kanye West, and Drake.

“Love, A Drug” is one of nine different releases from Hafto, each with its own individual sound and unique style. Hafto has been writing and engineering his own music independently for just a few years, but has known he wanted to make music since he was eight years old. He describes the feeling after releasing his first single as “pure happiness”.

Hafto looks up to many different musicians, but some of his favorites are The Weeknd, Zayn, Kendrick Lamar, Jay Z, and Majid Jordan, all who he would love to collaborate with someday. From watching MMA to painting, Hafto makes sure to keep himself busy when he’s not focusing on his music. He’s also currently working on a spoken word piece that, like “Love, A Drug”, puts a spotlight on love.

You just have to check out Hafto! Make sure to give his new EP a listen.