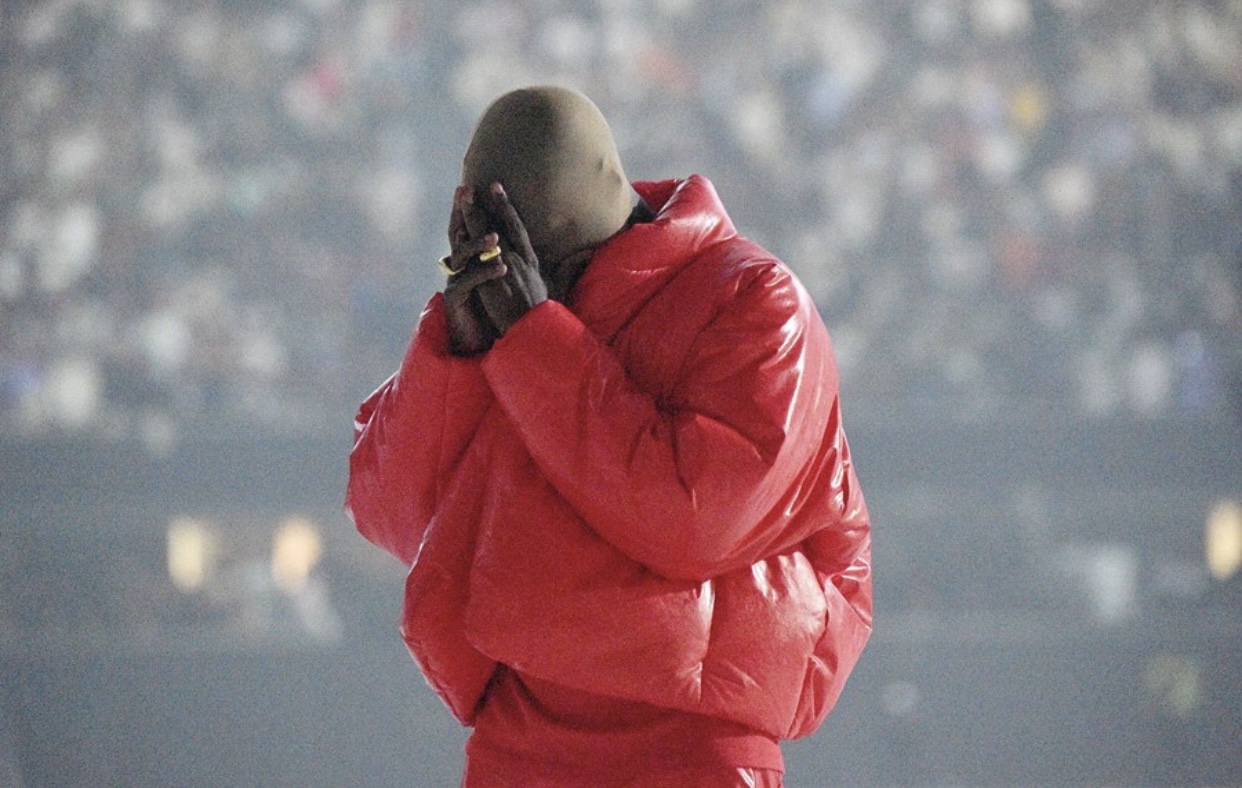 On Tuesday, July 20, during the NBA Finals, Kanye West previewed his new album in a Beats commercial that features the U.S. track star Sha’Carri Richardson and a clip of a new song, “No Child Left Behind.” According to the ad, ‘DONDA’ is due on Friday, July 23, with a listening event that can be live-streamed via Apple Music starting at 8 p.m. ET on July 22.

The album’s title has an exceptional significance for Kanye. Donda is the artist’s mother, who passed away on November 10, 2007, at 58. Donda West was a former professor of English at Chicago State University. In March 2007, she published a book about her son, “Raising Kanye: Life Lessons from the mother of a Hip-Hop Superstar.”

On July 19, @TeamKanyeDaily revealed the album cover on Twitter. The image depicts an abstract portrait of a person with red paint, created by French American artist Louise Bourgeois, who died in 2010. She was well-known for her large-scale sculptures of spiders. “Louise Bourgeois made art to work through the trauma of losing her mother at a young age,” @TheYzyZone later explained on Twitter. According to them, “This is why Kanye chose his art to be his album cover for DONDA, the album for his mother.” However, the original album cover was different.

Kanye held his first listening party for his upcoming album on July 18 in Las Vegas. According to the attendees, the album may feature some big-name artists, such as Pusha-T, Travis Scott, Post Malone, Westside Gunn, Playboi Carti, Baby Keem, and more. Last summer, Kanye released a track with Travis Scott, called “Wash in the Blood,” which supposedly may appear on ‘DONDA.’  A short video from Kanye’s record studio circulating social media suggests that Tyler the Creator may appear on the album as well. Additionally, Chris Brown hinted at a possible collaboration on his Instagram Stories on July 20.

Justin LaBoy, a former professional basketball player, who attended the event, later posted on Twitter: “The production is light years ahead of its time, and the bars sound like he’s broke & hungry trying to get signed again. So any artist who plans on dropping soon should push it back.”

NigelD, a photographer and digital producer said that ‘DONDA’ is still “centered on God.”  “The album is really about having faith in God and overcoming adversity. Kanye speaks on personal struggles and struggles others face. Positive messages that you can turn up to,” he wrote on Twitter.

He had a second listening session, hosted at the Mercedes Benz Stadium in Atlanta earlier this week and the album is set to drop on August 6th.