The trendsetter and ultimate Fly Guy , Midwest based hip-hop artist “Jay Lifted” dropped a new classic album “All In Good Time”, setting the tone for the summer the right way. Releasing his project in March of this year, the streaming platforms are already in a frenzy with his audience growing by the second. 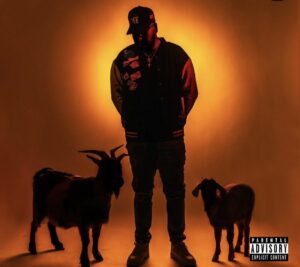 A fan favorite Jay Lifted has over 750K monthly listeners on Spotify alone!!! His “feel good & versatile” sound brings a fresh and laid back approach to music. “All in Good Time” is a 13 track mind escape, giving something smooth, something raw and something passionate. Tracks like “Big Fun & I Don’t like to brag” show off his writing capabilities and ear for captivating beats. His music catalog is impressive already having worked with heavy weights in the industry, he grabs the eyes and ears of anyone listening. Receiving a plaque from Spotify” for 1,000,000 streams on the anthem “Build It Up”, his first 3 projects left hip-hop lovers eager for the next release. He followed up with his first in studio mixtape “Lifted Meets World” produced by Chicago hitmaker “Jack Flash” who famously produced King Louie’s hit “B.O.N”.

Jay lifted has been featured everywhere since 2018, from a XXL feature to his “This is 50” interview, magazine covers and countless blog posts to performing all over the nation with his official dj, @realdjflaco. His laid back vibe is so contagious, making his sound relatable, genuine and limitless. “All In Good Time” shows his growth as a creator followed by his ear for detail. Jay Lifted is an artist pushing hip-hop further and he’s doing it with style.

Follow the verified artist on IG @Jaylifted and all streaming platforms!!