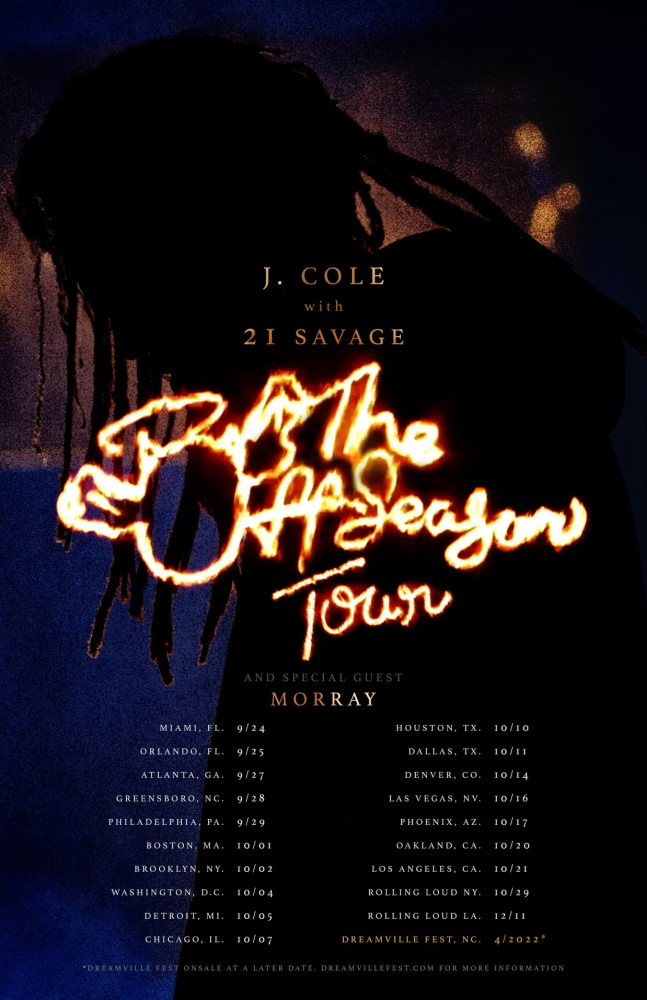 J Cole has officially announced “The Off-Season Tour,” supported by 21 Savage and Morray to celebrate his latest album, ‘The Off-Season.’

June 22, the Dreamville Records leader revealed tour dates, which expand across 17 U.S. cities this fall. The tour kicks off on Sept. 24 in Miami, FL, making stops in Atlanta, Philadelphia, Brooklyn, Chicago, Oakland, and wraps up on Oct. 21 in Los Angeles. General went on sale Friday, June 25, on Dreamville’s website which most shows have sold out already.

‘The Off-Season’ was released to high praise this May and debuted at the top spot on the Billboard 200. Every song on the album entered the Billboard Hot 100 within the Top 40. 21 Savage and Morray, who both appeared on the track “m y . l i f e,” will support the rapper on tour.

See ‘The Off-Season’ tour dates below!