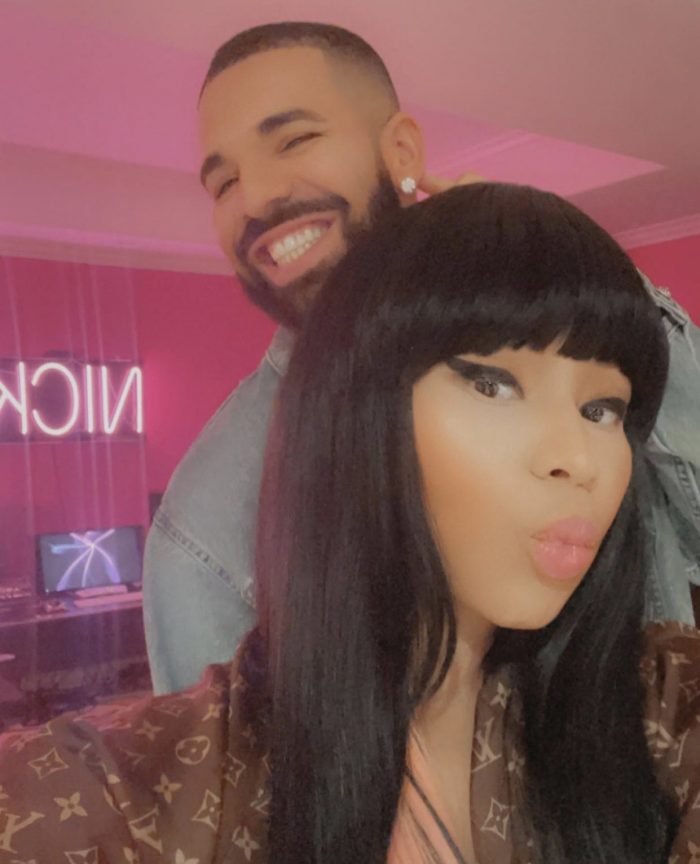 Earlier this month, the rapper shared on his Instagram stories a photo of him sporting a YMCMB (Young Money Cash Money Billionaires) hoodie along with a shot of the pink neon lights that spell out “NICKI” at Minaj’s studio.

Later that week, Nicki, in her turn, called on all the Barbz to stay tuned to her Instagram Live stream on Thursday night for a “very very very important” announcement, which fans believed could be connected to her Young Money mate. “There’s something I urgently need to share w|you guys,” Minaj wrote at the caption. “I’ll go LIVE on IG THURSDAY @ 10:30 PM EST No, I won’t be late. I’ll be early. This is VERY VERY VERY IMPORTANT. Love you so much,” said Nicki on her Instagram post.

The wave of teasers thrilled fans on both sides, which made them sincerely believe the two things were connected in continuation of the rappers’ recent “Seeing Green” collaboration with Lil Wayne in May, which was very well-received by the audience.

However, after Nicki’s Instagram Live session, it became clear that it wasn’t organized in the name of the Young Money glory days’ updates but to announce her remix collaboration with BIA on her TikTok – hyped “Whole Lotta Money” song.

Drizzy Drake’s only appeared when complimenting BIA: according to Nicki, Drake has constantly been texting her all night, asking about BIA. “Champagnepapi, stop texting me please and go to your big booty ting,” Nicki said during the live session, “Drake gon’ text me talking about BIA fine.”

Though fans’ belief didn’t come true, they are still holding out hope for a new collaborative effort from Drake and Nicki Minaj soon. It still cannot be ruled out that Nicki may appear in Drake’s new album. Recently, Drake revealed that the ‘Certified Lover Boy,’ which was originally scheduled to release in January 2021, is almost finished and about to be mixed: “it’s on the way,” he said during his appearance on Sound 42’s Fry Yay Friday show. To reinforce the new album release updates, he has also changed his Instagram bio, which now reads: “Certified.”