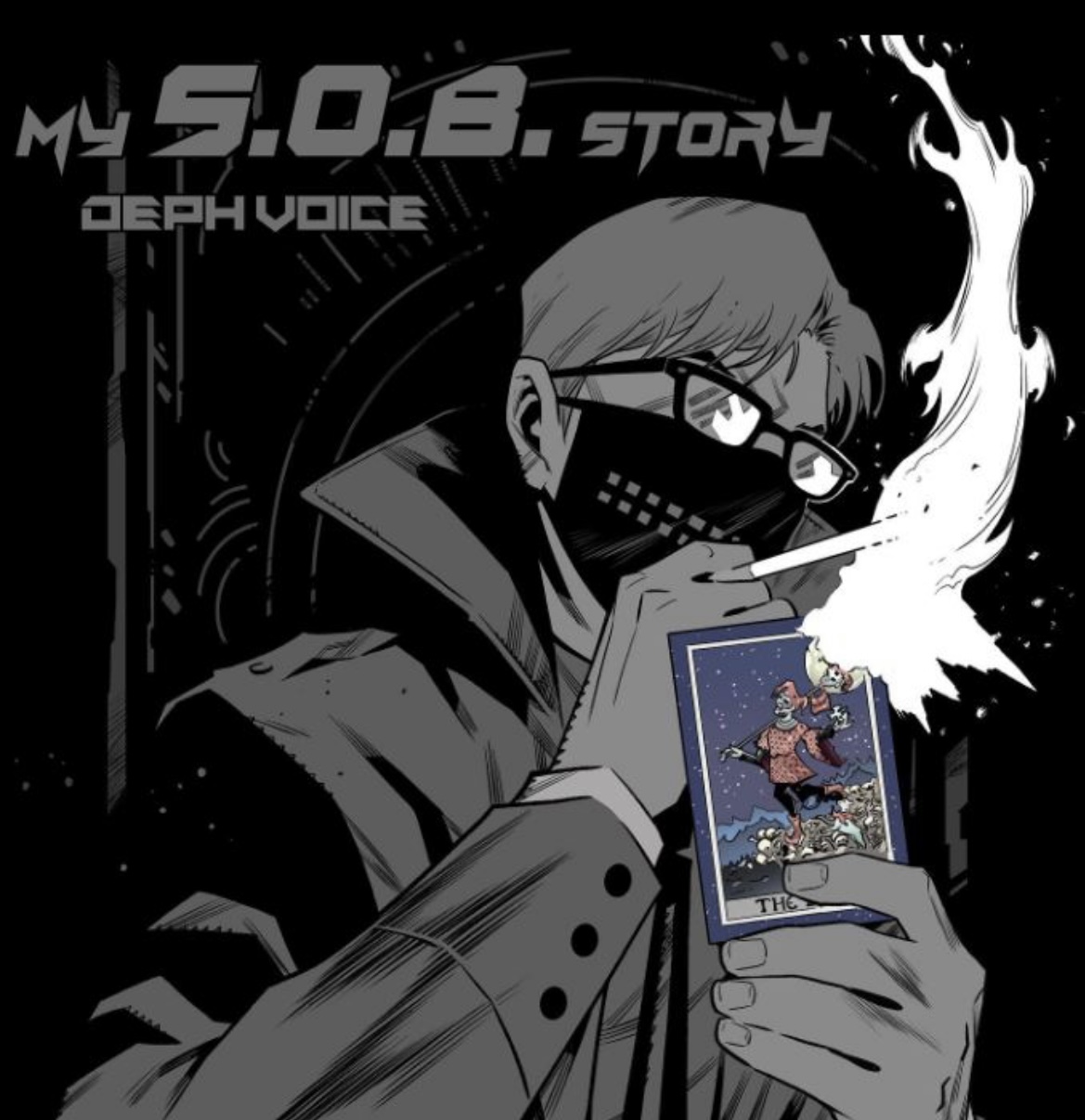 Deph Voice is an independent Hip-Hop rebel without a cause! The up-in-coming rapper was born in Norfolk Virginia and raised in Chesapeake Virginia where he currently resides. Still, in the beginning, stages of his art, he has come along from learning production, and basic music theory to now having projects out. Deph Voice has been making music for six years and writing for 11. He began releasing instrumental music in 2018. He currently has 50 instrumentals, six singles, and three EPs out. S.O.B is his favorite project because it is a concept he has been contemplating for a long time.

His style can be described as Lofi. Although he does have projects with traps and other tempos, he prefers Lofi. His sound can be described as sorrow because it is the opposite of positive psychology. Deph Voices music describes seeing the world as if we don’t all matter and acknowledging that if positive psychology exists it is because the negative one does too and not always by choice.

It has not been smooth sailing for the artist mainly due to money. He has not made much money in his culinary career to support his music. Being in the culinary industry, Deph has experienced some terrible jobs. He has met people in his culinary career who treat music as a hobby, even though Deph has always been serious about music. Deph draws inspiration from his experiences throughout his life.

Deph Voice is self-motivated. He is working towards his dream that no one believed he could. His engineer, DJ Davis, has been with him throughout his whole journey and is one of the few people who believe in him. If not this year, by next year he hopes to be performing on a stage. He wants to continue to flood the market with projects until one of them becomes a “hit single.” One day he hopes to open his own studio and teach people how to get a job or help get careers started. Deph Voice wants to support his community through his passions, music, and more. He has a lot of new music on the way and you can stay tapped in with him below!

In this article:Interview, New Music