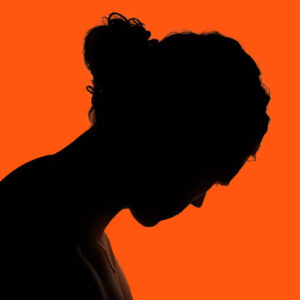 Born and raised in New Zealand, Jozay is determine to keep his identity hidden. Drawing inspiration from MF DOOM and Daft Punk, he much rather let his music speak for himself. From an early age he displayed his passion to create music picking up various instruments and producing his own beats. He began rapping in high school, which he mentions helped him throughout the difficult moment in his life. Eventually learning Logic, he went to college for fine arts but realized he was not really into it. He began to make music videos to turn in as assignments and that is where his creative process expanded. Naming Drake and David Goggins as his motivation, he admires their mentality and the capability of always bettering themselves mentally and musically. He describes his sound as new-get rap with old school influences, releasing a couple projects with his recent release of his mixtape With Less Said and as of recently had the opportunity to collaborate on Dizzy Wright’s I Would Choose. Jozay hopes to release more mixtapes as well as work with more known artists that inspire him such as Drake and Tory Lanez. He even hopes to one day perform at Rolling Loud and aspires to obtain a home with a built in studio so he can lock himself in and create.

Over the years he has helped within his community by focusing on teens at risk and extending a helping hand for adolescents struggling. This is mostly because of his personal experience of his teenage years and he hopes to inspire those in his community. Though the road has not been smooth and he has faced criticism from his own family and peers, it has not deteriorated his drive and motivation to create music. To him, it just ignites his flame to continue pursuing his passion. He believes you can achieve anything you set your mind to and life is truly what you make of it. “People will always tear you down in everything you do, so with that in mind, you might as well do what makes you happy,” he advices his fans. Being an artist has allowed him to cope with difficult moments and help him achieve a form of utopia when he is creating. And he extends his creations into different categories of music from hyped club beats to more mellow chill vibes, he prides himself in his versatility and ability to learn.

You can stream his music or follow him on social media on the links below!