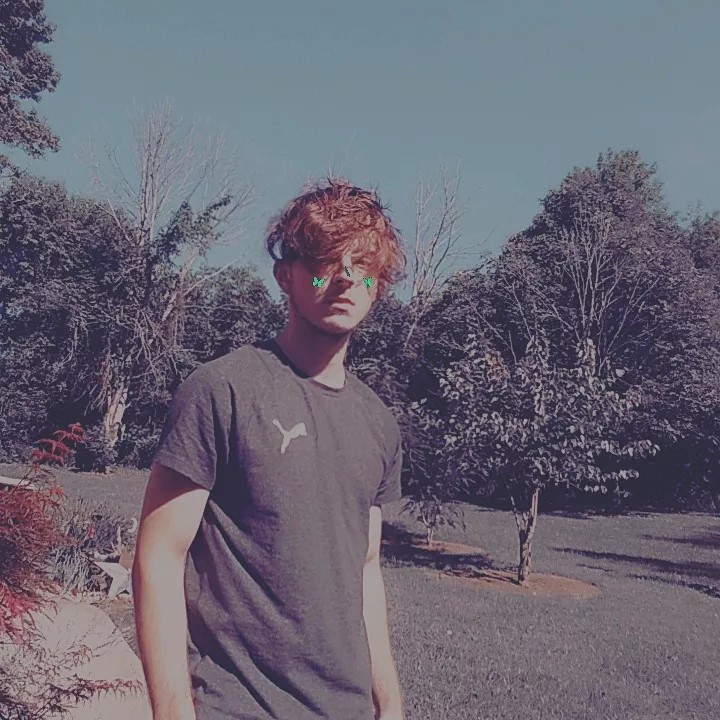 BQpid is an up-and-coming artist coming from the small town of Lafferty, Ohio. He describes his music to be like no other artist. Although he has only been in the industry for a little under a year now, he has already made major moves when it comes to creating his craft.

After spending six months on his latest album ‘Anxious and Alone’ he has already released his latest EP ‘These Four Walls.’ When it comes to explaining his genre/style of music, BQpid states, “This question I get a lot, and I always have a hard time describing my sound to people. The best way I could present it would be sort of an Emo Melodic Indie Pop Rap with a small hint of Punk in there somewhere.” BQpid inspiration comes from a variety of Hip Hop, Pop, and even Electronic artists such as The Kid Laroi, Post Malone, Bruno Mars, and Xtrullor. Regardless of the many artists, BQpid is inspired by, he still manages to create his own sound within each of his songs. He explains his sound to be like no other; “My genre of music is something that I’ve always struggled with to put my finger on. Because of my versatility and uniqueness, I find myself having a hard time coming up with a genre that fits me well. The best way I could describe it would be Emo Melodic Indie Pop Rap with a slight twist of punk.”

When it comes to BQpid’s future, he is not shy to state that his success as a musical artist will only continue growing. While BQpid’s road to get to the level of musical talent he is currently in was not easy, he finds himself to be very proud to be where he is at this point of his career and continues to only grow bigger. He used to use music as just a coping mechanism for his depression and anxiety, however, he has now turned it into a lifestyle and not just a hobby. His mom is another motivation to him, stating that she has been supportive of his music since day one, having her guidance helping him with the decisions he did not know to make was a huge help to him as well.

He wishes to continue to build a connection to his audience for he believes they have been a major influence on him; “I’ve said it time and time again to my fans that I wouldn’t be here without them. They are of some of the biggest reasons why I have made it as far as I have with my music. When I become famous, I know for a fact that I will never deny a fan a picture or an autograph or a nice little chit chat. I love talking with people about my music, it’s a great feeling, something that I can be proud of.” As BQpid continues to make more music, he wishes to use his songs as a way to further connect his music with his fans. BQpid states, “I craft my songs to make them relatable to many people because I believe that people need some comfort. They need an escape from the craziness of the world. I still listen to music for comfort so I know, it’s an art. I believe my music in particular gives the world a different sound to listen to, because there is a lot of artists that write for similar reasons as me. But none of them sound like me.”

You can expect future projects from BQpid very soon. His new single “On Repeat” will be released on January 28th, 2022, and is currently working on a collab with Jordan Brooks that is announced to be coming out soon.