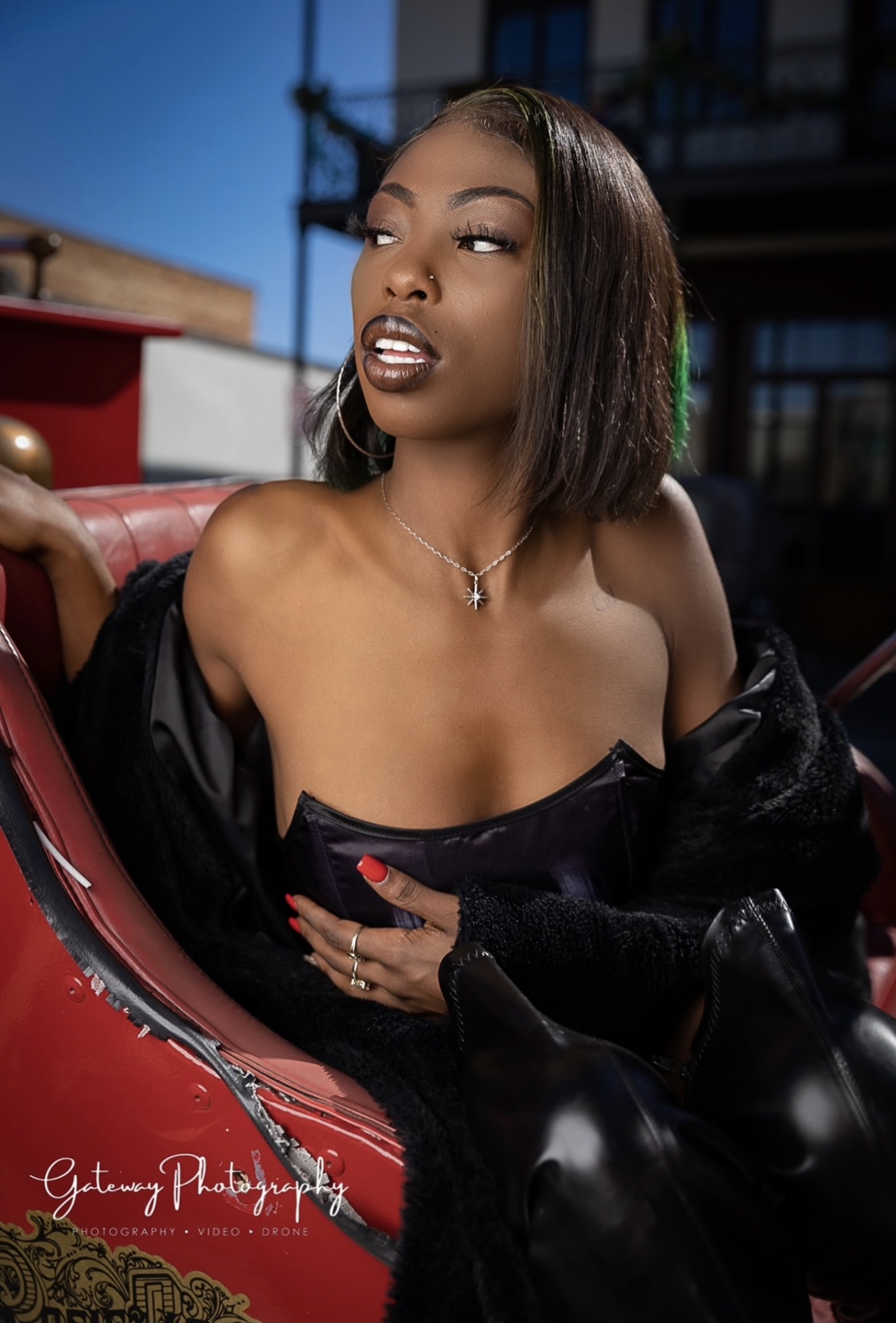 Born and raised on the west side of Chicago,  India always knew she had star potential.  As a child her dark chocolate skin and tall thin figure made her an object of ridicule rather than celebrate her uniqueness.  While these damaging attitudes can often lead to deep depression, India used it to fuel the fire within her and led her to join the Air Force at the age of 18.  While in the Air Force India soon met her husband, and at 19 married the love of her life.  They are now the happy parents of a baby girl.  Unfortunately, the same personal trauma she felt in her childhood did not go away just because it was a military environment and she experienced the same prejudgements based on her appearance as before.  After leaving the Air Force, India decided to put all her energy into creating her own entertainment agency and her new baby, “Hermosa Entertainment“, was born.  Showing the sisterhood between women, India’s agency was able to help women of all complexions and sizes seize their own power through exotic dancing.  In 2018, India started her modeling career and discovered another way to boost not only her own confidence but also encourage other African American woman to feel great about themselves.  Her courage and ability to make herself the new voice and face dark women can identify with lead her be able to show off the true beauty she represents modeling in New York’s 2022 Fashion Week this upcoming September 11th.

Keep in contact with India Inez Ashley to stay in touch.!