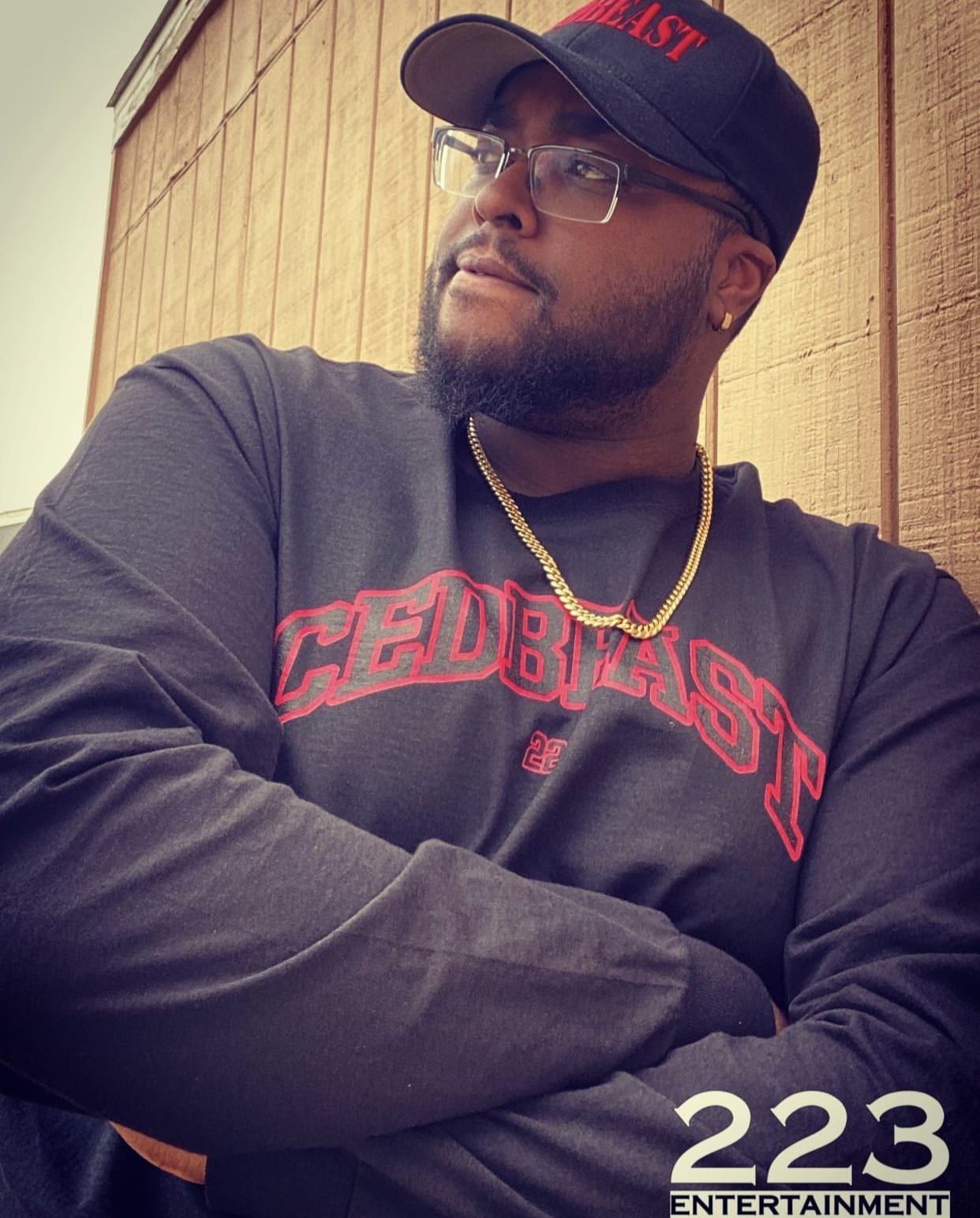 CEDBEAST is an independent California hip-hop artist who describes his style as “full of bravado.”

During his interview for What’s Poppin LA with Angie, the artist shared that he started writing songs back in high school. However, the turning point for him to start taking his musical career seriously was in 2019, when he lost his father. That moment made him think how short and fragile life is, and he decided to chase the dream now while he has “the air in the lungs,” he said.

Music was always an extensive bonding element for father and son. “We would discuss the artists in the rap game, their songs, and he would ask me why I didn’t look into getting into the music business since I was creating the music anyways,” he recalled.

In 2021, CEDBEAST released his first album ‘Forever,’ where he featured Kurupt, KXNG Crooked, Planet Asia, and other artists. His newest single, “Somewhere Safe,” featuring Alonda Rich, was released in June 2021. “That song is very personal to me,” he shared, “I pull the curtain back and let you see the man behind CEDBEAST.” He talks more about the single on the CEDBEAST YouTube channel in his vlog series “Long Live CEDBEAST: The Reboot,” lived under the artist’s major project “223 Entertainment.”

“223 Entertainment” is more than just a record label – it’s his passion project, which he is planning to expand to everything, from vlogs to podcasts, music to gaming, etc. “My vision for 223 is to be recognized as a launchpad for people to be themselves, where they can have the most creative freedom with exposure.” Most importantly, with this project, CEDBEAST wants to help young children learn and succeed in this business with the right tools. “I’ve seen kids with this great creative side with no outlet, and I want to give them that outlet,” the artist said.

Later this year, the artist will release his single he collaborated with Stevie Stone, produced by Wyshmaster Beats, and planning on launching his new podcast.

Listen to CEDBEAST on Apple Music, Spotify, and SoundCloud