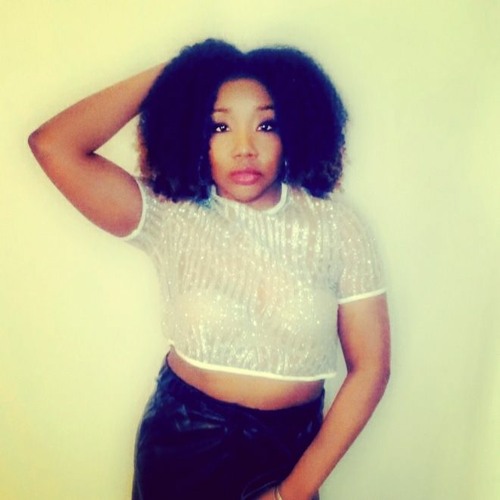 Meet Caleya Black, a New Jersey born and raised artist who is making waves in the r&b world. Her name comes from two key aspect of her life, “Caleya” (being her middle name) given to her by her dad and the namesake originates from one of Muhammad Ali’s wives and “Black” helps her show pride of her community and culture.

Taking inspiration from old school gospel music, she credits that to growing up around church. Saying, “That’s where I honed my skills. My church was pretty small, so everyone pitched in – so I sang solos, directed the choir, and also played the keyboard. I feel like singing gospel taught me how to connect emotionally with the lyrics that I sing & write. I am also inspired by soul music from the 60s-80s.” With such a nostalgic sound to her songs, it’s not hard to see why she is a rising star in her industry.

Caleya has been in the industry for eight years and in those eight years, she’s been around music non-stop. From writing her first song in middle school to even interning at Virgin Records in New York in college. She credits being around music so much as the reason why she decided to pursue it full time as the environment gave her the energy and drive to do this for a living. But, the life of a full time musician hasn’t come without its struggles, like being a mother who is trying to balance life at home and the music industry, hearing a lot of “no’s” and also having to deal with people who prey on independent artists. But that has only made her stronger and wiser, stating that, “By nature, I want to believe in the good in people, but sometimes in this industry people may not have the best intentions for you and/or your career. I’ve had to learn that the hard way over the years.” Building those relationships have been key to Caleya from making the same mistakes again.

Caleya Black is primed to follow up her successful 2022, in which we will see her newest EP dropping some time in the year. You can stream “Innocent” by Caleya Black on all major streaming platforms now.