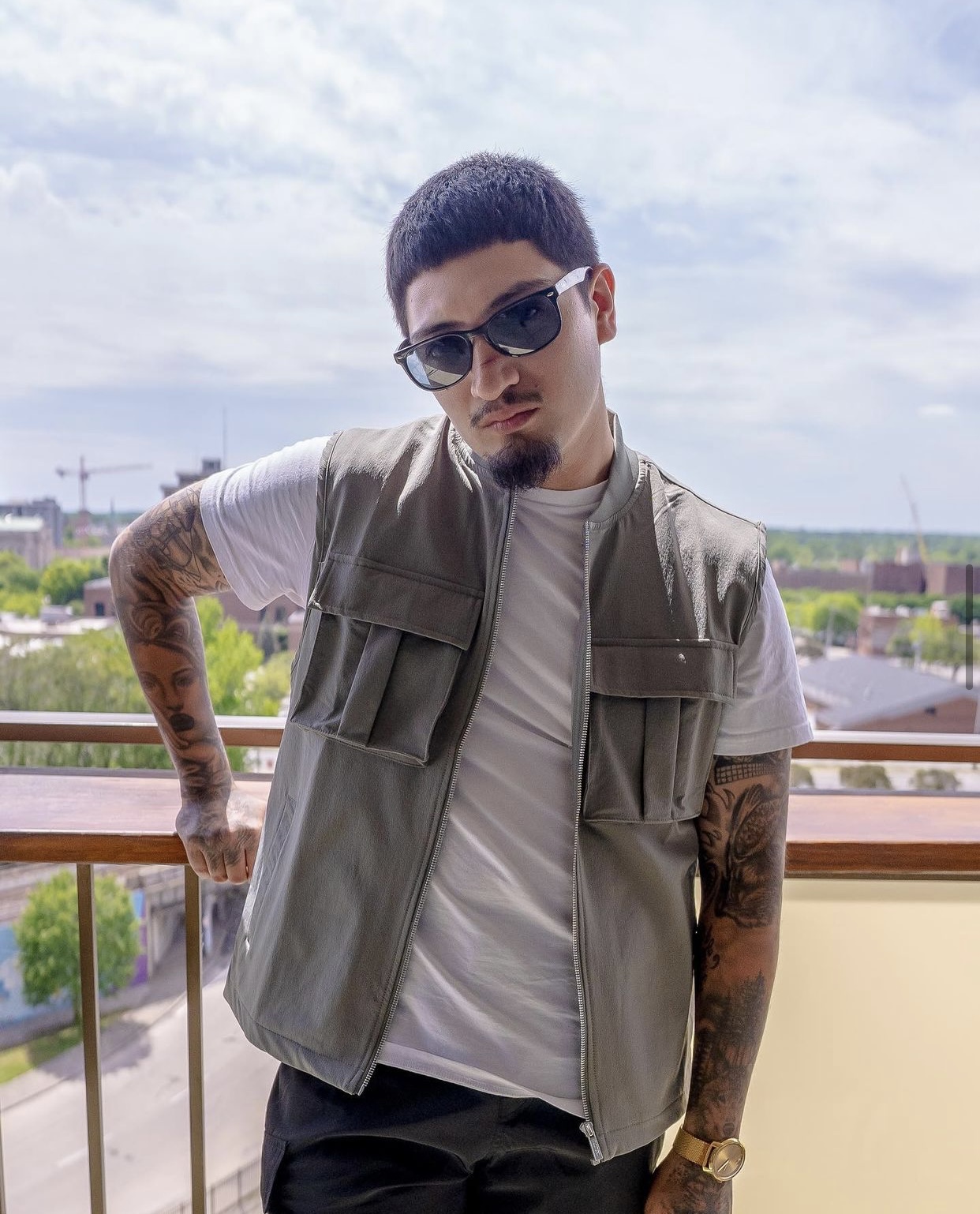 This artist is just as creative as his name! Born in Tamuning Guam, A Certain Energy traveled a  lot before settling down in Fort Wayne, Indiana. Although he categorizes himself into the genres of Hip-Hop and R&B, he is not timid to explore the others, “I’m a firm believer in being diverse with my work. Even my namesake says it all. Giving “A Certain Energy” in every song that I

perform is my forte,” he states. In addition to one day establishing his own record label, A  Certain Energy also hopes to achieve many artistic accolades, “Making sure I follow through every step of the path is the only way to make these long-term goals happen. Consistency is key,  and we’re not here forever. So, we might as well live it up and leave the legacy that leads to eternal life in this world,” he quotes.

Describing his musical journey as a “gravel road”, A Certain Energy has experienced the highs and lows of what this career may bring, especially considering he began his career in the midst of serving. “Since I started taking music seriously while I was in the Marine Corps that was a  challenge itself due to the hours the Marine Corps demands from you to invest,” he admits, “At the same time going after music as a full-time career? Man, that just seemed impossible to do.”  Nevertheless, he found a way to manage it and checked off a few accomplishments along the way such as working with a few of his own favorites, “I’ve done songs with some idols of mine in Mickey Factz and Sir Michael Rocks. Did a song with Kota the Friend”, he quotes, teasing that more projects are on the way.

With three mixtapes, three EP’s, five singles, and several featured projects, A Certain Energy is certain that he has created something for everyone. “I can guarantee that there is a song for everyone that I have released. Whether it’s Trap, Hip-Hop, R&B, Drill, Lo-Fi, etc.  there is a song for everyone that I have released or will have released,” he says  “Listening to my music will give you that type of energy you’re looking for, for any mood you have at the moment. Guaranteed,” he continues. Placing quality above all,  he uses his ability to be mobile as a tool of creativity. “What I enjoy most about being an artist is the idea of just being able to work anywhere and everywhere. I can be inspired to write at the most random times out in public. I just find it beautiful, and  humbling to be able to call this my craft,” he says, “It’s given me such a positive  perspective in life, and I am forever grateful for it.”

“I would like to give a quick shoutout to my team. Wouldn’t be here without them being able to hold down all aspects of the ship we’re sailing on. We have a lot of crazy projects on the way. Everyone will just have to watch it unfold every step of the  way.”-A Certain Energy

To check out more from A Certain Energy, use the following below!