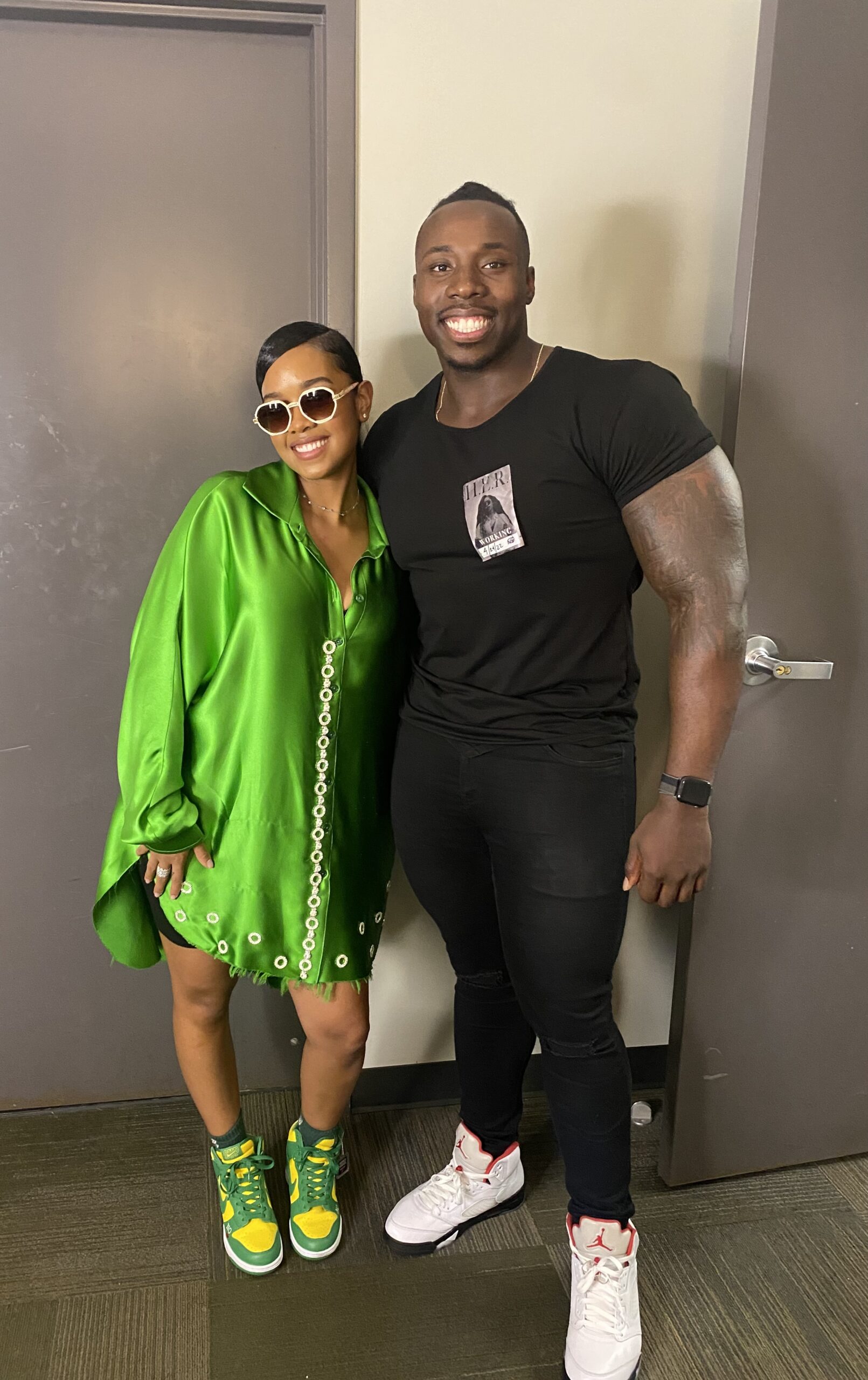 Biggroove became more than a dancing viral sensation and the swole guy dancing on the Internet. He just recently opened up for Grammy and academy award winning singer/songwriter H.E.R in New Orleans, at Champions Square music venue. Biggroove danced in front of thousands of people on stage dancing to “ Knife Talk “ by Drake, which is the same song he went vigorously viral to. Biggroove also known as Clive engaged with such ease on stage giving everyone the stimulus that was needed.