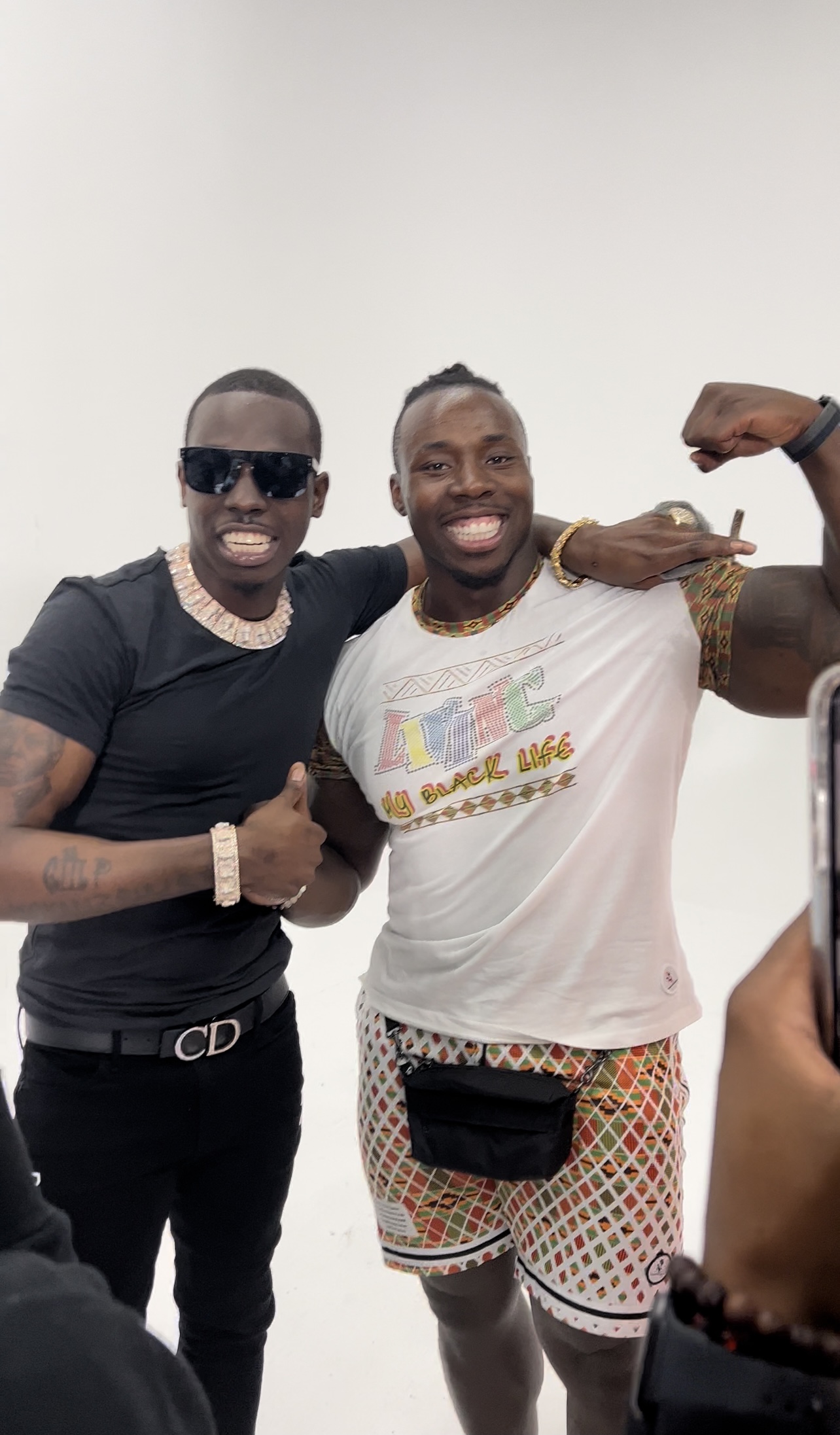 Biggroove and Bobby ShmurdaRPReplay_Final1622592563Biggroove and Bobby Shmurda IMG_8511Big Groove who used to go by Groovin Gorilla has been jigging his way around the country from Atlanta, New York to Los Angeles. A viral sensation on the internet, Big Groove is making his way to the big screens! Or at least for now,  the music video scenes. You can see him in Bobby Shmurda’s upcoming music video along with other big social names like Famous Amos So funny, CousinSkeether, iPodDaDJ, and others. The name of the song has yet to be released.

It seems Bobby Shmurda could be making a statement since his critics always have something to say about his “hip movements” and “gyrating”. Why not put all the most popular social media dancers in one room and make everyone talk even more?!

The video shows the viral team taking turns doing their signature moves around Shmurda while he raps. Big Groove is seen wearing his signature bag and rocking his dreads pulled back as he makes the ground shake with his stalky moves. Clips of the video have been liked and shared several million times already between Twitter, TikTok and Instagram.  The comments that follow any of Groove’s videos will keep you entertained for sure – Check them out for yourself:  “They got the swole dude in the video”, “If black boy joy was a video”, “This is dope af!!”, “Lmao, he really got the All Star Lineup of viral dancers in the video!”.

Big Groove rose to popularity when a video of himself dancing and grooving in a busy mall went viral in 2021. Some say that a big muscular black man dancing reminds them of Terry Crews when he would pop lock in movies years ago. Since his videos went viral, Big Grooves dancing has been shared by Snoop Dogg, Shaq, Mario Lopez, and many more. He has over 350,000.00 followers now on social media and the numbers continue to rise. You can find him at BigGr0ove on Instagram and Sharkkbitee on TikTok.