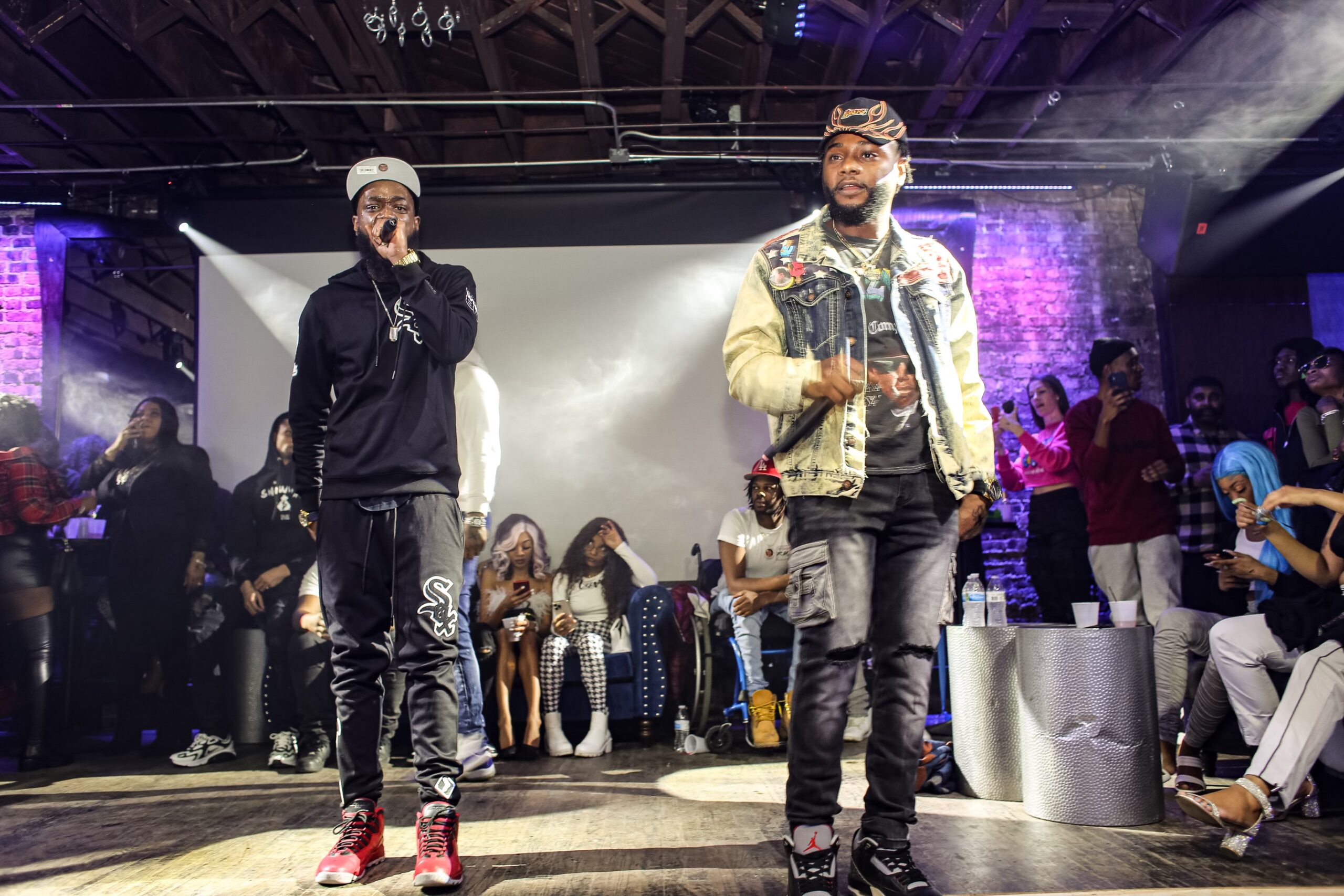 When it comes to Chicago, a multitude of wonderful aspects come to mind. Whether it is the succulent food, eclectic variety of attractions, or the city’s amazing skyline, downtown Chicago has so much to offer year round!  One such unique characteristic Chicago has to offer is a host of different genres of musicians native to this amazing city.  Just to name a few superb talents, I am sure you will recognize these performers: Chaka Khan, Jennifer Hudson, and Earth Wind and Fire.  The list continues, not to mention an abundance of up-and-coming artist who call Chicago their home.  One such enterprising duo comes directly from Chicago’s South Side.

These two brothers have started their own Music Label and Entertainment Company called RichBound Entertainment. The duo is comprised of elder brother, James aka Mr.RichBound, and Jamal aka Picaso Swag.  The eponymous name of their company came from the corner on which they grew up, Chicago’s 66th and Richmond, making a clever play on the words to mean “bound to be rich”.

Living in Chicago’s inner city as two young men comes with its own set of challenges.  Like a lot of inner city youth, the majority of children are blessed to be able to make it to a certain stage in their life without any unfortunate circumstances happening to them at a young age. Unfortunately, this was not the case for the two brothers, and they faced many burdensome circumstances growing up.  The most impactful of which, was losing their father and having to navigate the twists and turns of growing to adulthood and becoming a man, without that critical figure in their lives.  This was especially true for the elder brother, James.  It brought forth a lot of hurt, confusion and anger for him as a young child, and eventually led him down a path of self-destructive behavior which landed him in the tragic circumstance of being locked up at the early and formative age of only 14 years-old.  His incarceration continued off and on throughout his youth, finishing with a sentence of approximately 11 years!

During that time Jamal decided that he was going to break the generational curses and decided to focus his energy on something more positive.  Even though this journey was challenging for Jamal, especially doing so without the one person whom he always looked up too around anymore, he was determined to  be better.  Despite the streets wanting Jamal to take his brothers place that is just not where his focus lie.  He attacked his challenges with a single minded approach.  He did a variety of things to ensure that he stayed focused and kept his mind positive.  He decided that he was going to become an entrepreneur with a long list of skilled jobs including a licensed barber, videographer, event curator, and clothing designer.  He even began meditating daily to keep himself in the right mindset.  Jamal put all he had into the business.  He began traveling solo state to state, organizing shows at different festivals at Sxsw which meant numerous celebrities.  Jamal also won a variety of competitions and visited different radio shows, such as, 92.3 FM.  He used his own funds to back his projects, and started selling merchandise.  Jamal was determined to ensure his was success.

Even with all of that work he still couldn’t catch a break and he was missing and needing his brother more than ever.  The 11 years of his brother’s absence finally came to an end and James returned home.  With the brothers finally reunited once more, they are going to finish out a plan and dream started 15 years ago in their mother’s basement. Their first project is titled “RichBruddas “and Mr. RichBound aka James is finally getting a chance to do it the right way, as a powerful and determined duo with his brother.