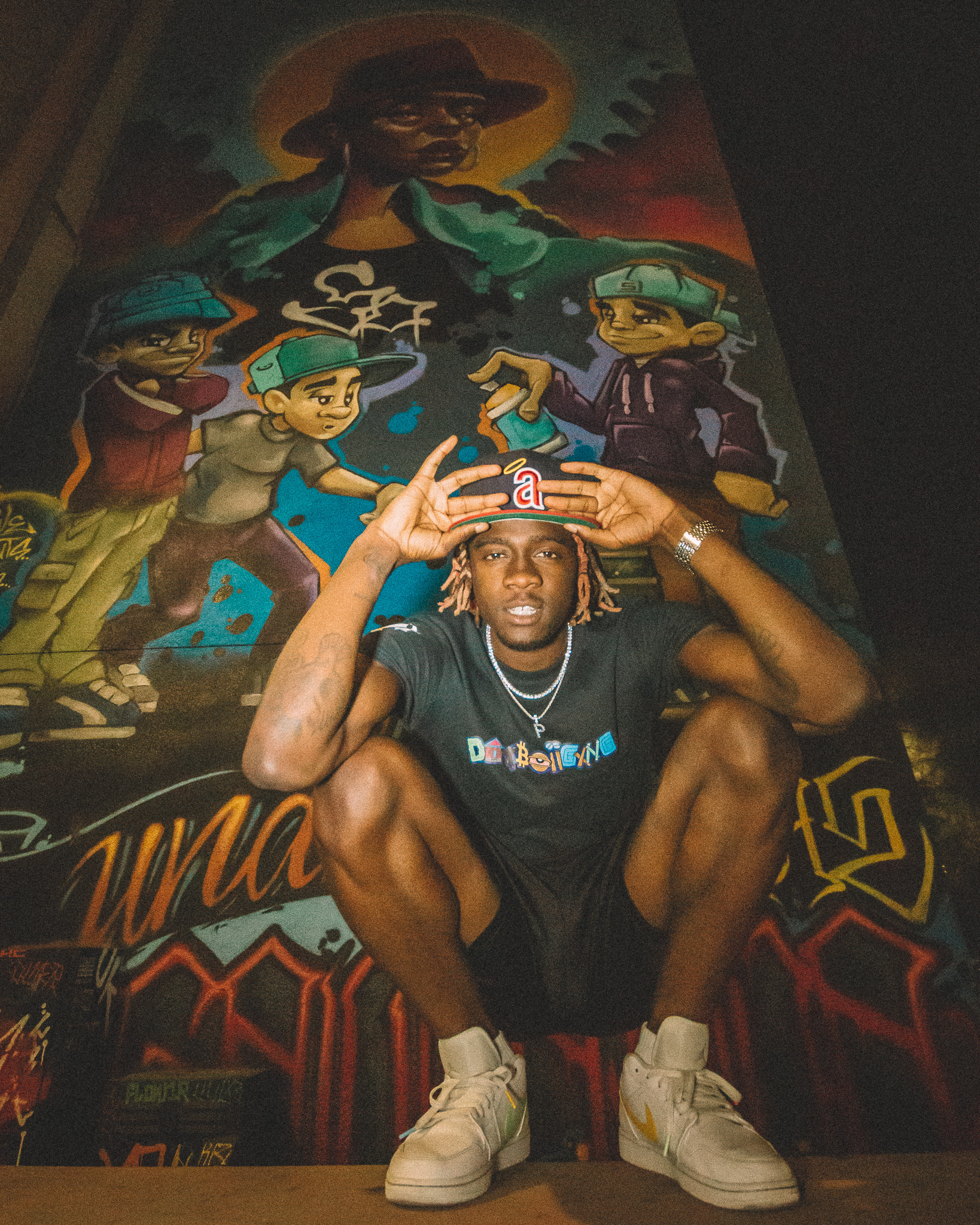 DatBoiiPolo is an up and coming artist from Orange County who strives to make music that represents Hip-Hop culture with a modern taste. His music is definitely a vibe because he is versatile in each of his tracks. Not only is DatBoiiPolo an artist, but he is also a student athlete and basketball is another passion of his. What he loves most about being a musician is he loves networking and being introduced to new waves. He is currently working on releasing an EP and you can check out his music on all streaming platforms!

In 2019 I lived in Oceanside CA, where I was attending MiraCosta College as a kinesiology major/student-athlete. Once the season ended, I told myself I would take a break and let my body heal up and moved back to Orange County on May 25thof 2019. I was still known for party promoting and was throwing events and keeping my network up and when I was back in town my bros I grew up with started getting in the studio. At first, I was just supporting them and focusing on my hoops, but eventually, they got me on the wave and I ran with it.

Has it been a smooth road to get to where you are at now in your career? Are there any obstacles you had to overcome?

It’s definitely has been smooth for the most part, I’ve done a lot but not enough of what needs to really be accomplished so I can be great. Networking and making music with others was very easy to me and it was something I was comfortable with but mind you, I’m only a year in. Now the obstacle I have to overcome is how to take my image to the next level with visuals and marketing myself.

How any singles, Eps, or Albums have you released? Which one is your favorite?

I have released 18 tracks since I started rapping last May. My favorite track is definitely “What’s Really Hannin”! When I finalized that piece, I felt like I caught my groove in this music game and it gave me the energy to top it and do more.

A Lot of my inspiration has just been all the vibes I’ve been around, I haven’t released too much music that really tells my life story but it’s on the way.

If you could collab with one person in the industry who would it be and why?

One person in the industry I would collab with is YG. His cadence, his swag on-and-off the mic is one of a kind. His music speaks the truth and shows life for what It really is, not simply what the money does to it.

My Mother and My Grandmother. Those two women are all I ever had, and both have a lil music history in them and that was spread down to me. They taught me all I knew and how to really attack what I want in life.

Do you have any mentors, teachers, or people you look up to?

Honestly, I look up to all my family who has made It. I have a couple of uncles in the music game and cousins in the NBA that I look up to. I see how successful and how much they keep leveling up with the way they are marketing and creating in their worlds. Most importantly it’s their leadership skills. I tune in to a lot they do

In the next year, I hope to complete my EP and my album along with picking up some deals to branch out more in the industry

Find your talent, fall in love with it, and master all the little things before you jump to big situations. All the little critical things you do that matter are going to lead up to the blessing situations. Do It the right way or don’t do at all, only you can control you.